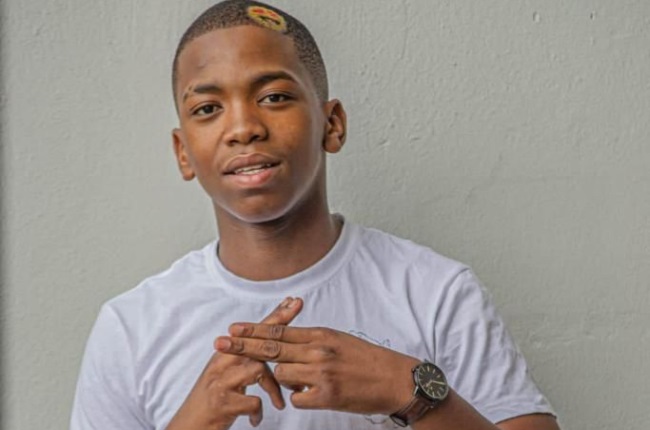 Mfana ka Gogo tells us how he manages his work and music.
supplied

Every weekday he puts on his uniform and heads to school, where he is doing matric. And on weekends, he devotes his time to his first love - music.

So much so that even though he's a teenager who is starting out, he's already getting noticed.

He says his manager received a call from Sony about a song by Olivia, which needed to be remixed in two genres and he understood the assignment.

“The label called my manager and they said Olivia had a song which needed to be remixed into Afro pop and then the other remix will be Amapiano. We did record the song and it was sent back to the label, and they loved it. Then they said we can now work together, and started sending some paperwork,” he shares.

He says although he did not get an opportunity to work with the American singer in person because of school, he hopes that the collaboration will open doors for him.

“The song was dropped this side because I am still at school, so we were not able to travel to America. We recorded and added a verse, and they asked me to add a Zulu verse, so that it symbolizes that the song comes from South Africa. Working with her gives me hope that I will be able to do more in future,” he says.

The song is titled Join me which he says it is about “joining a good party”.

“The song does not have a release date as yet, but it will come out soon, once the processes of mastering have been completed.”

Even though being at school and working on his music can get busy, he won't change it for the world. He enjoys doing his gigs on weekends.

“Now that schools have reopened, I do music during weekends. So I go to school and learn then wait for weekends to perform my gigs.”

He tells us that his newly found fame gets very interesting at school. “Some of the teachers ask for selfies as well. I am used to it though because I am a people’s person, so it is not a problem.”

“I got my stage name because I was always following my grandmother everywhere she goes, so people were able to see that I am always with my grandmother and ended up calling me Mfana ka Gogo.

"But music is something that I started long time ago. When I was busy going everywhere with my grandmother, she used to make me sing at church, and then I started with hip hop till here.”

We live in a world where facts and fiction get blurred
In times of uncertainty you need journalism you can trust. For 14 free days, you can have access to a world of in-depth analyses, investigative journalism, top opinions and a range of features. Journalism strengthens democracy. Invest in the future today. Thereafter you will be billed R75 per month. You can cancel anytime and if you cancel within 14 days you won't be billed.
Subscribe to News24
Next on Drum
‘Thomas and Skhumba are not leaving’ - Kaya 959 announces final changes to the lineup