Anele Mdoda on knowing she'd make it in radio, enjoying online trolls and falling in love 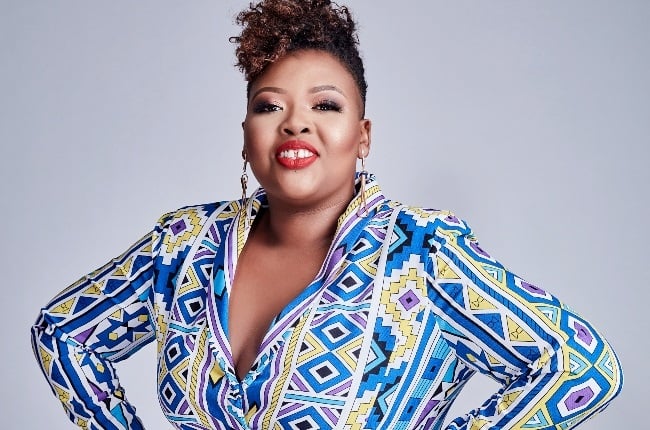 She is in her car on her way to have lunch with her boyfriend.

She’s finally on leave after a hard years’ work as one of the country’s best radio hosts.

Radio and media personality Anele Mdoda (37) has a lot to celebrate. She tells us she’s glad for the break after winning her first award as a breakfast radio host at the South African Radio Awards recently.

“I am living my absolute dream and I am having so much fun,” she tells us.

“I am blessed that I get to do what I do and get awarded for it in a male-dominated industry. I press myself so much, I don’t ever want to look like I’m taking this for granted just because I have a naturally warm and engaging personality. I could rely on it if I wanted to but it’s very important for me to put in the work,” she says.

As we speak, her warmth radiates through, you could swear that we were old friends on a call to catch up on life.

And her loyal listeners on Anele and the club on 947 have an almost similar relationship with her. She is the woman who sets the tone for their day, through music, conversation and great storytelling.

Anele is quick to mention other women who are breakfast show hosts in the country.

She names Cape Talk’s Refilwe Moloto as a woman who is doing an exceptional job.

“It’s a good thing that we are women on breakfast but it’s more important we are there doing well,” she says.

“It’s very important for me to do this show well. I work to fulfil all key measures that my bosses, listeners and clients want. If I get it wrong, then every other woman is going to get judged by that.”

Anele says that there are many women on radio whose voices don’t get recognised because people have concluded that radio is run by men.

She started her career on campus radio at the University of Pretoria before heading to 947.

After many years, on multiple TV shows and radio shows simultaneously, she finally landed the breakfast slot alongside Frankie Du Toit, Cindy Poluta and Thembekile Mrototo.

Anele tells us she has always known without a doubt that she would be where she is today.

“I did not doubt in my mind. I grew up listening to the radio a lot in the car with my dad and mom while driving to school as well as on our way back.

“Even at night when I would study, I would be listening to the radio. It was only when I started on radio that I saw the hierarchy of radio from the best according to the time slots,” she explains.

“I knew where I was going even though I didn’t know how I would get there.”

Anele believes that the reason she is great at being a radio host is that she has had a lot of experiences that have shaped the stories she tells and shares with her listeners.

“There are too many broadcasters who create content by telling other people’s stories and that’s where it gets diluted,” she says.

“I have my own stories to tell from my childhood in Mthatha and growing up. I don’t think you have to come from affluence to be on radio, the point is to engage people with your story.”

Her advice to young people who want a future in radio is to “travel as much as you can, spend as much time single before getting into a relationship and experience life as an individual”.

Although Anele is now in love and in a great relationship, she still believes there is nothing wrong with being single.

As we’ve all seen on social media, fame comes with a sweet and sour side – and Anele has seen all it has to give.

Not one to back away from speaking her mind and standing her ground, she doesn’t take any insult lying down but pushes back whenever she must.

“I like it though, just because it's negative doesn’t mean it's push back,” she says of social media hate comments.

“I’m not money so not everyone is going to like me. My job is to engage people and get a response from people. People will attack media personalities for no reason, it is not a matter of being quiet.

Anele says that she is happy about all her decisions. Although not all of them were the right ones, she is content with the woman she has become.