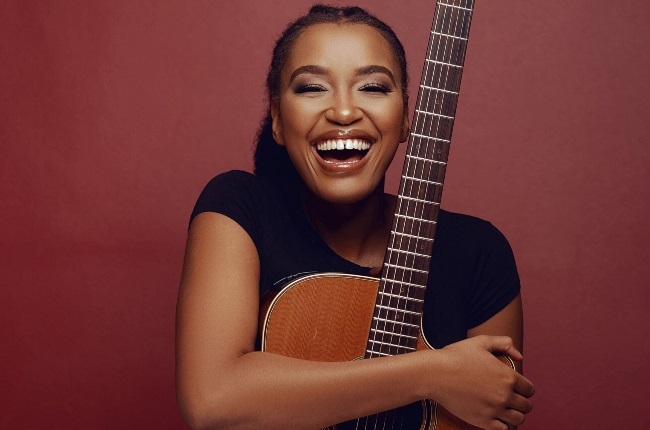 She's all about the deeper connections on tour.

She's started off her Songs in the Key of Love tour acoustic show and the audience loves it.

Since then, she has released four studio albums. The pandemic had slowed things down for the songstress, but now she is back on stage doing what she loves the most - performing.

“The constant opening and closing of the country has been a challenge. However, the positive side of this is that I have had time to rest, reflect and work on my inner self without the pressure to rush from one place to the next. I am enjoying being back on stage, I think the break has restored my love for performing,” she tells Drum.

She is currently going around the country for her Songs in the Key of Love tour, titled after her SAMA award-winning fourth studio album.

“My Songs in the Key of Love tour began last month with Pretoria and then Cape Town this past weekend, both shows have been amazing. The show is two and a half long featuring material from my four studio albums. People can expect their favourites Thandolwethu, Ndcel’kiss, Jikizinto, and many more. The energy of the show is amazing, it’s definitely the best of me as a performer thus far,” she says.

The songstress will also be performing in her birth country Zimbabwe this month.

“I am very excited to be going back home. There is a lot of love and excitement in the air about my homecoming show,” she says.

Outside of her demanding schedule as an artist and being a music executive, Berita is a social entrepreneur.

She founded WOMB - Women of Music Business, a women empowerment pan African NGO that aims to eradicate gender disparity in the music industry by 2030.

“It’s a new NGO in the space, we exist to empower and uplift female creatives in the music industry across the African continent with a focus on programmes and conversations.

“Having spent nine years in this industry, I have faced my fair share of struggles in the space especially in terms of safety, fair pay, and fair share. Thus far, we have impacted 60 women across 10 African countries by running a masterclass programme in partnership with WITS business school, Global social justice fund, and the southern Africa trust,” she says.

In May she was appointed as a Recording Industry of South Africa (RISA) board member, a responsibility she did not take lightly.

“I sat on the RISA board for six months. It was a great experience that allowed me to learn about recording industry ecosystems as well as leadership structures within the industry. This is the knowledge that has served me well in the process of establishing the WOMB platform which I am the most passionate about.”

“I thought to myself instead of having a women crush Wednesday, how about I create something more meaningful, that’s how I came up with #ImpactWednesday. I work on the womb projects offline as well as an online IG series where I connect with female peers in the music industry for an unfiltered conversation about their musical journey," Berita says.

Next year will mark 10 years since Berita got into the industry.

“It’s a big year for me, my 10th year in the music industry. I will be completing my songs in the Key of Love tour, from Durban in February concluding it in March at East London,” she says.

Although she has not set a date yet she will be working on new music too.

“I will most definitely release music, and other exciting projects are coming up which I cannot disclose yet.”

Thank you to everyone that attended the Pretoria and Cape Town shows.

We live in a world where facts and fiction get blurred
In times of uncertainty you need journalism you can trust. For only R75 per month, you have access to a world of in-depth analyses, investigative journalism, top opinions and a range of features. Journalism strengthens democracy. Invest in the future today.
Subscribe to News24
Next on Drum
Zodwa Wabantu and her bae get tattoos of each other’s names