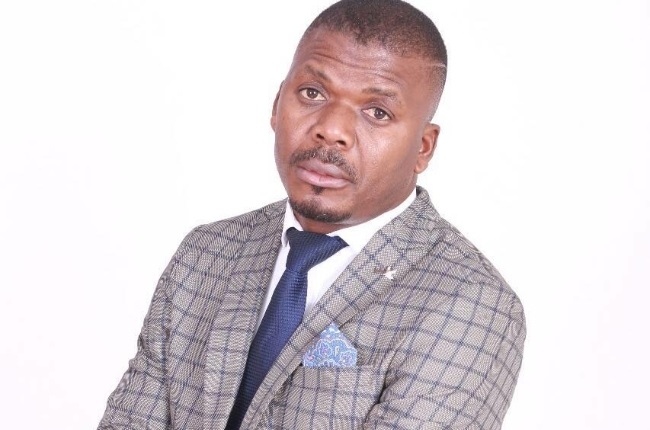 Moja Love presenter Bishop Israel Makamu has been reinstated and is back at Moja Love.
Moja Love/Supplied

Bishop Israel Makamu is back at work advising families on the Moja Love show, Rea Tsotella.

The presenter and founder of Endless Hope Bible Church left his job for a bit while facing allegations  of sexual assault.

He was arrested on 26 May after a former employee of his church laid a charge of sexual assault on 19 May with the police.

The drama started with a recording where Bishop Makamu is heard allegedly asking for sex from a congregant. It went viral.

The girl was working as an administrator at the church in 2018, she was 17 at the time but the bishop maintains she was 18. Since then, the Endless Hope Bible Church leader has been putting out fires to clear his name.

He stepped down from his show, Rea Tsotella, where he often had to be the voice of reason between families or community members, helping them confront issues that are weighing heavy on them.

After a case of sexual assault was laid by the alleged victim, Bishop Makamu appeared briefly at the Palm Ridge Magistrate’s Court where he was released on R2 000 bail and the case was postponed to 13 July for further investigations.

“I want to move on with my life. I just want this to pass so I can focus on furthering my studies. Going in and out of court is going to disturb me,” she told Drum in an interview.

NPA spokesperson, Phindi Mjonondwane said at the time they are aware the victim wants to withdraw the case. However, they still need to look into the withdrawal statement and communicate with the victim.

"We are aware that she wants to drop charges but the charges are not yet dropped," she says.

This week, head of channel at Moja Love, Bokani Moyo said after careful consideration and evaluation, the channel has decided to reinstate Bishop Makamu to continue hosting Rea Tsotella.

“This follows a mediation that was led by a professional between the parties involved where they reconciled and agreed on an amicable way forward,” she says.

“In relation to the legal matter, we cannot make any comments because it is still before the law. We can, however, confirm that Bishop Makamu was due to appear in court yesterday but due to the ongoing protests in the country, the case has been moved to a later date,” Bokani says.

We live in a world where facts and fiction get blurred
In times of uncertainty you need journalism you can trust. For 14 free days, you can have access to a world of in-depth analyses, investigative journalism, top opinions and a range of features. Journalism strengthens democracy. Invest in the future today. Thereafter you will be billed R75 per month. You can cancel anytime and if you cancel within 14 days you won't be billed.
Subscribe to News24
Related Links
Moja Love won't be drawn on Bishop Makamu's case
Woman who recorded Bishop Makamu on her case - 'I want him to be arrested and never do this to...
South Africans react to Bishop Makamu and his wife hugging it out
Next on Drum
Five minutes with Tina Dlathu, who recently joined The River as Khwezi