There's a lot of suspense and you just don't know what will happen next. In fact, a lot of things will catch you off guard in the movie, Mlungu Wam.

This is how comedian Khanyiso Kenqa describes his first ever movie role.

He plays Luthando in the movie. The role has brought him so much joy and rekindled his first love of acting. He's been working in the tourism industry full-time.

“When I was approached by the production, they explained the role of Luthando and he was very similar to who I am, and I thought it was only me who noticed that but while watching at home with my girlfriend, Tamara, she was like ‘that is so you, from the facial expressions etc.

“So Luthando is some sort of a mother’s boy, he is a bit about nice time, he is not really concerned about acquiring properties and things like that. He’s a guy from the township who lives with his mother and has his own backroom. He’s working and has this weird relationship with his ex-girlfriend,” he tells Drum. 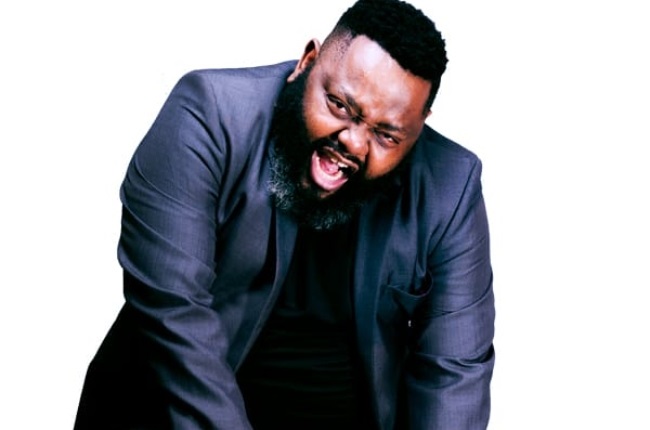 Khanyiso Kenqa shares how being on Mlungu Wam rekindled his love for acting after being on commercials.
Supplied

There’s so much that reminds Khanyiso about himself in his character on Mlungu Wam. He says he doesn’t relate to the saying – an early bird catches the freshest worm, just as much as Luthando doesn't.

“I do not like waking up in the morning so when they wrote that in the script, it was like it is coming directly from me and many agreed that ‘It is just you [in real life]’ sometimes I am very late.”

Is he a mama's boy? Khanyiso starts giggling and admits that the world stops when his mother is calling.

“I tend to disagree with the saying that I am a mama’s boy but when it is more than two people who say that I am, then maybe that is true. I do say mama this and that but I do not see it as it happens.”

The movie is a local horror satire film and tells a story of Tsidi, a single mother who is forced to move in with her mother, who is a live-in domestic worker.

She tells us playing Tsidi was fun and challenging as it was more of improvising than following a script. “Our director has a guideline instead of a script which makes the whole thing basically improvisation but super guided because the story has a point A, B and C. So that was challenging and it was the first time that I did a film improv because I am used to that with theatre work.”

But improvising has been her daily bread since her primary school days in Mdantsane.

“For some reason I’d get chosen for those amateur plays at school. So I kind of grew up doing that and in my neighbourhood, the community just decided to come up with something that will keep the children busy and it was also along the lines of art.”

At some point Chumisa decided to 'cheat' on acting by enrolling for an engineering course at tertiary institution, a decision that backfired.

“I quit six months before I could complete the course and went to an art school in Cape Town.”

She enrolled for engineering because she was good with maths and science.

She says she wished she was as outspoken as Tsidi in real life. Her character really tells it like is it.

“I am the kind of person who sits and processes something before I can say something if it bothers me.

"But I am not bottling things up, I do speak. It's just that it takes time for me to build up the courage.”

Khanyiso says he was nervous when he landed his role on the film.

“There was a very strong scene of a very heated argument that got me worried and, luckily, the lead actress, Chumisa was perfect and kind of accommodated me. It was nice but very nerve-racking in scenes like that.”

But it all turned out well and the movie, which he watched later with Tamara, is great, he says.

“I am really happy to have been part of the cast of Mlungu Wam, it is something that I am bragging about even now I mean I am in a movie, which is a South African production and that was a big dream for me.”

The film will be screened in South Africa on an app that allows people to stream a movie, Cinewav, at various venues from 20 October until the 5 November and tickets are available on Webtickets.