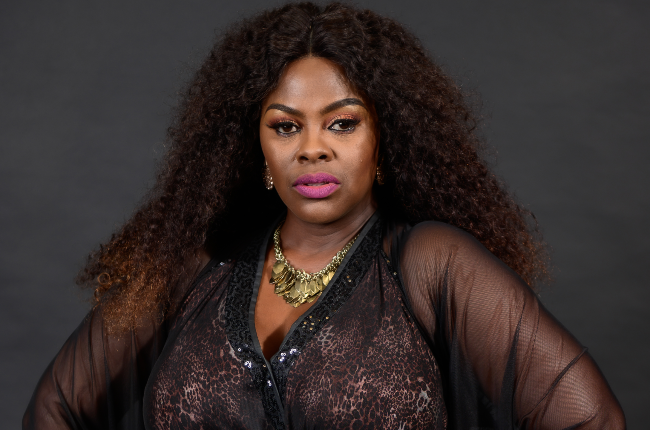 When she disappeared from TV screens, her fans wondered what happened.

Little did they know that she was dealing with a real life crisis that had turned her life upside down. She had a knee injury and it was affecting her day-to-day life.

She kept her knee injury quiet for months. At first because she didn’t think it was serious but when she realised it was, she needed time to take in the devastating news.

DiepCity actress Dawn Thandeka King tells Drum about the injury and her healing while being driven to set after months of being cooped up in the house.

“It has been a frustrating journey but my priority was healing properly. Also, you can’t rush healing especially when you have had surgery,” she tells us.

Dawn thought she had just sprained her ankle but realised that it was more serious than that when she went for a Magnetic Resonance Imaging (MRI) scan.

“I found out that my ligament snapped, that's when I knew it was a serious situation,” she says.

Dawn was forced to stay away from things she loves, especially being on set, for four months. The actress was home, not able to walk, drive and do the mundane things she previously could do.

“It was hectic for me, I mean I hit depression a few weeks after the surgery when I realised that I was going to sit at home.

“It was a painful situation but at the same time I had to remind myself that I heal people all the time and that the situation that I was in was teaching me something.

"I decided to take the opportunity and used it to learn something, I had to accept my situation and receive the lesson. The lesson was to receive spiritual wisdom by connecting more with my ancestors. Perhaps I had neglected their work and I was not as connected, perhaps I wasn’t not praying like I was suppose to.

"God was probably saying sometimes you need to take some time out and restore yourself. There’d been a lot [happening] in life and I never took time out.”

DiepCity is one of the most loved shows on TV. Dawn joined the show a few months before the injury happened and, at the time, her character Thandiwe's storyline was central to the show.

"The universe put a brick wall in front of me and I had to reconnect. And [now I am] able to do my spiritual work. When you go through things, you are able to help others going through them too," she says.

Dawn is excited to be back on set, however, she has not fully recovered so she is cautious. She feels like she has been integrated back into society.

“Even though I can walk without my brace and crutches. I have to make sure no mistakes happen, that would take me back far worse. But I am worried all the time that nothing must go wrong.

“I am worried about the injury and about work at the same time, making sure I give the best performance despite everything else that’s going on.”

Read more | Lucia Mthiyane on 28 years in showbiz – ‘If you let fame go to the head, you won’t last very long’

Dawn says she had to learn to be patient which was so hard for her to do.

“I am not a patient person but I learnt to let go because sometimes we tend to panic about everything, even things we don’t have control over.

"In a situation where you can’t do anything about it, where you are not in control, not being able to drive or move, you cannot stress yourself.”

The former Uzalo actress recently reached two million followers on Instagram. Her followers were the first to know about what was going on in her life when she posted an emotional video and told them about her challenges in recent months.

“We take it for granted that people love us for the work we do. People love me for me and appreciate what I give with different characters. It humbles me so much.

“Receiving love is a gift. No one has to love you, so much love, I appreciate it.”

Her children, their nanny and her partner have stood in the gap and shown her all the love and support. However, she says she can't wait to see her mother and other family members in Kwa-Zulu Natal. She last saw them in April and they have not been able to show up for her as much as they would have loved, especially as travel restrictions kept being adjusted.

We live in a world where facts and fiction get blurred
In times of uncertainty you need journalism you can trust. For 14 free days, you can have access to a world of in-depth analyses, investigative journalism, top opinions and a range of features. Journalism strengthens democracy. Invest in the future today. Thereafter you will be billed R75 per month. You can cancel anytime and if you cancel within 14 days you won't be billed.
Subscribe to News24
Next on Drum
Actor Lesley Musina ready to enforce the law in new TV drama The Executive