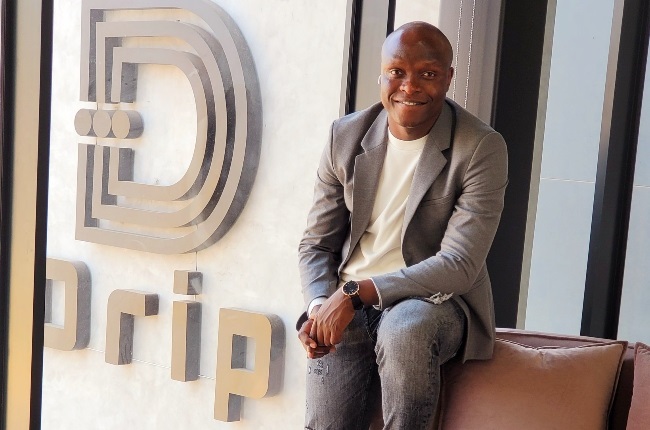 Drip footwear founder Lekau Sehoana believes all dreams are valid and not even poverty can stop one from achieving their goals.
Supplied

They are one of the most successful and fastest-growing sneaker brands in South Africa.

In just two years Drip footwear has opened 16 stores across the country and partnered with big brands some of the biggest celebrities and brands.

Drip announced their partnership with BMW and have changed their slogan from ‘The Township Dream’ to ‘Live your Great'. Their sneakers will be available for sale at the BMW Midrand dealership in the form of a pop-up store.

Founder and businessman Lekau Sehoana (33) says the tagline change was inspired by every milestone he reaches.

“Living Your Great means making the most of what we already have, be it studying with a candle and producing a distinction, or playing soccer in a gravel field until you make it in the big leagues,” he tells Drum.

“Our brand is the epitome of Living Your Great, from the informal settlements of Ivory Park came a sneaker brand that employs and builds the South African economy today. Had I not realized the greatness within me, we would not have Drip today. Look inside you, there's a fire burning, now go and get it. Live Your Great.”

Read more l Gemini Major on his new sound, embracing his roots and a new E.P in the works

He was born in Limpopo but grew up in Ivory Park in Gauteng. Lekau started his brand when he could not afford shoes. After his parents divorced, his unemployed mother had to make ends meet for him and his three siblings while living in a shack.

“I had a very beautiful but challenging childhood. I didn’t know that we were poor until I started secondary education. I was forced to sew clothes so I could provide from as young as 14 years old.”

For casual days at school, he made clothes he had made himself.

“We were very poor and I didn’t have anything to wear on a casual day, so I designed my outfit and sneakers using an old, torn pair,” Lekau says.

This was the beginning of Drip.

“People loved my outfits and my sneakers stole the show. That’s how my love for shoes started.” He started making sneakers for people until 2007 while in Grade 12. After high school, Lekau studied civil engineering.

“Being an engineer was a dream, but I was forced to make shoes to survive. I didn’t think I would make a business out of it,” he says.

Today, he is a businessman that is proud of his rags to riches story and he believes in giving back to the community that supported him when he had nothing. He is currently in the process of building  DripEd, a Drip Education centre in Ivory Park where he grew up.

“I know what it’s like to have nothing and we wanted to elevate my community and create a foundation that will keep the youth busy and active after school. This will be a safe space for youth to come after school and use the library facilities to do homework, play sport, and use the internet. There will be a big sneaker that they can enter and purchase sneakers from the big sneaker store. We want the kids to use the centre to better themselves and their education. I will also be spending a lot of time there, mentoring and guiding the youth.”

Having achieved so much, Lekau believes they are just getting started.

“We haven’t started yet. We have so much in the pipeline. In the next few months, we will be opening stores outside of South Africa. We are going global and more international artists in the US and UK are wearing our products. We plan to align with football teams, sports and launch other products. We have new designs and accessories coming out. We are not limited to just sneakers,” he says.

Lekau looks up to business owners Ndaba Ntsele who is Executive Chairman and Co-Founder of Pamodzi, Rita Zwane Imbizo Shisanyama owner, and Patrice Motsepe. Growing up he listened to Kanye West and Jay Z who helped shape his thinking.

“I look up to people with a similar story to mine and draw inspiration from them.”