Fiesta Black on beating alcoholism and depression to make another comeback 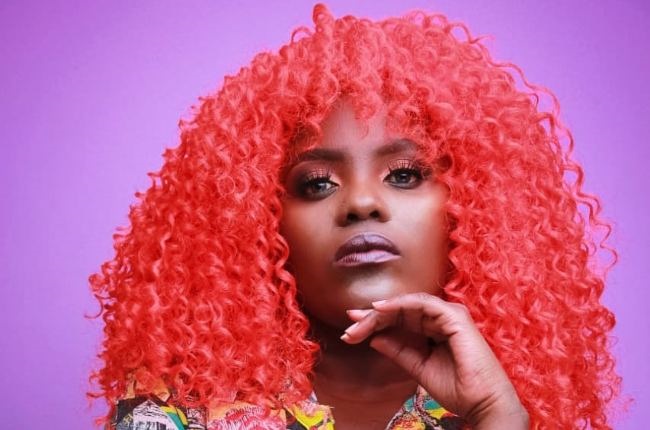 After working on herself, Fiesta Black is ready to give music another chance.
Supplied

She was sure 2020 was going to be her year. When she released the single Desha, she was ready for her comeback.

But things didn't go as planned and she had to take another step back.

Singer and performer Thandi Nakampe Mokgoankgoa (33), known as Fiesta Black from the old-school hit Xighubu, is back and believes this year is hers.

In 2013, she was one of the biggest artists in the country, booked and busy. But a few years later, her career took a dip, and she was involved in scandals and made headlines for all the wrong reasons.

”I needed to experience a few hardships for me to know who I truly am and my full potential.”

When the lockdown started in 2020, Fiesta found herself in trouble and could not afford to maintain her lifestyle and pursue her music.

“So I decided to go back home, where there is no judgment,” she says.

At first, she was afraid to go back home and face the problems and she feared being judged by neighbours for failing once again. “But I needed to be home to face my demons," she says.

“I packed my bags from where I was staying and moved back to Orange Farm with my mom and my siblings. My mom was not working at the time, but two weeks ago, she got a job, a great start to the year. But somehow, we survived, and I was happy.”

While at home, she learned a few things about herself.

Fiesta realized that at the height of her career, she had fallen into depression.

“I thought it was because of fame, but I later realised that it was not fame, it was several issues which I had bottled up and they were making me act out,” she says.

“I was rebellious and started drinking a lot, thinking it’s because of the early fame but it was all depression. Moving back home helped her to introspect.

“I got time to sit back, relax and reflect. I realized that it’s been there a long time, and because I have a strong character, I bottled things up. It took the fame for me to realized that I have problems with things that I needed to face.”

Fiesta says healing has been a “long and painful journey, filled with tears. But it’s time for me to get up and remember my gift.”

In the healing process, she realized she had an alcohol problem.  “I have not completely cut out drinking, but I don’t consume alcohol the way I used to,” she says.

“I was drinking myself to death. Drinking almost every day and once I started, I couldn’t stop. I needed more and more. I was not able to go on stage without having a drink. Booze gave me courage, so I thought. But I was ruining my life,” she says.

“When I started, that was not the case. I used to be confident and trust myself to go on stage sober. But with time and certain things that transpired, alcohol became a crutch. I relied on alcohol to go on stage,” she says.

“But I have fought for my life, and I am here now, feeling so lucky to be given a third chance, and going back home helped me to clean up. My family is not judgmental, they understand the things I’ve been through.”

Having worked on herself, Fiesta says to keep the momentum going she will see a psychologist.

“Just so I unpack some of my issues and not backtrack. But I am happy with the lessons I have learned and now I’m ready to make good sober music,” she says.

Fiesta is currently working on a seven-track EP due for release in February.

“This time I’m doing it independently,” she says.

“Working alone means that I am freer to make choices that will suit me. When you work with people or a label, you don’t have complete freedom, you don’t have a say, and you can’t take risks. I want full control of it all."

For her upcoming project, Fiesta got producers from her home of Limpopo to produce beats.

“I found producers on social media, and they gave me beats. I wrote my music in my home language Sepedi, something I was not confident in doing in the past,” Fiesta says.

“I wanted to take my music back home to Limpopo and just do an authentic Limpopo sound with a few afro soul and slow songs but mostly a dance album,” she says.

“The writing is immaculate, my vocals are sounding clean, and I just can’t wait for people to hear the new me.”

We live in a world where facts and fiction get blurred
In times of uncertainty you need journalism you can trust. For only R75 per month, you have access to a world of in-depth analyses, investigative journalism, top opinions and a range of features. Journalism strengthens democracy. Invest in the future today.
Subscribe to News24
Related Links
Melanie Bala on 29 years of broadcasting, motherhood, dealing with depression and finding what...
Kwezi Ndlovu bows out of Umkhokha - ‘Playing Nobuntu helped me to deal with my own depression’
Jub Jub's mother Mama Jackie demands apologies and retractions from Amanda and Masechaba
Next on Drum
'My baby, you are your grandmother’s answered prayer' - Gugu Gumede announces pregnancy