Filming Blood Psalms a thrill, say stars of fantasy series with ‘dialogue only in African languages’ 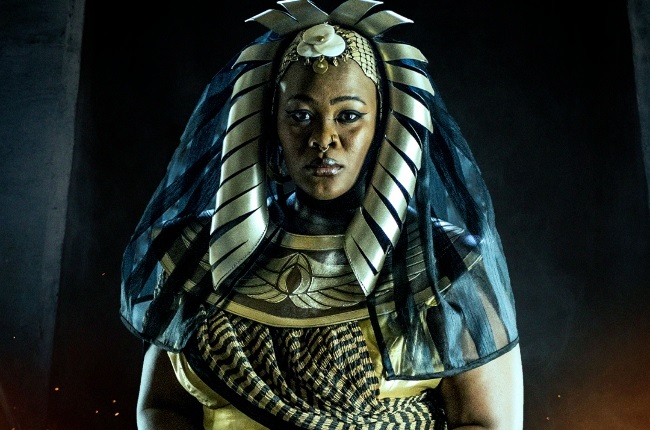 In Ancient Africa, 1 000 years after the fall of Atlantis, the five surviving houses of Kemet find themselves beset with fears of a prophesied end of days.

This is the backdrop for the exciting, action-packed fantasy series that brings together some of the finest actors in Mzansi.

“One thing that was brilliant for us was no use of an English word, whatsoever,” says legendary actor Sello.

"That was a big challenge, even for a lot of actors, you know, because most of the time we are used to performing and doing a mixture of African languages and English.

"This time, the dialogue is purely in African languages.”

The show, which was shot in the Eastern Cape, Gauteng and North West provinces, also has some talented new faces.

"That's what we've been given, and it's from Western perspectives. We really don't know anything much about our own history.

"So Blood Psalms poses a lot of questions and will give people a lot to think about.”

Portraying Zazi – who must navigate primordial curses, long-standing ancestral vendettas and her inexplicable role as the damning prophecy’s chief harbinger – is the role of a lifetime for Bokang.

Mothusi plays her father, king Letsha, while Zolisa plays General Toka, the head of her father’s Akachi army. Mothusi describes the series as “one heck of a ride”.

"It’s never been done before,” he says.

“What we’re trying to do is to reclaim the continent’s history from an African perspective,” Layla explains.

“Blood Psalms draws from elements of a multitude of African mythologies and looks at various different tribes in Season 1 - the Akachi, the Uchawi, the Ku’ua, the Chini, and Great Nziwemabwe - as they migrated south from Kemet, which is now Egypt, and formed their cultures.”

“Blood Psalms is the biggest and most ambitious series we’ve ever made, completely unlike any other African series you’ve ever seen,” says Nomsa Philiso, executive head: programming at MultiChoice.

“We couldn’t be more excited.”

The African fantasy series, created by Oscar entry Knuckle City, Layla Swart and Jahmil X.T. Qubeka and co-produced by CANAL+ and Showmax, is set to premiere on the streaming service on 28 September 2022, with new episodes every Wednesday for 11 weeks.