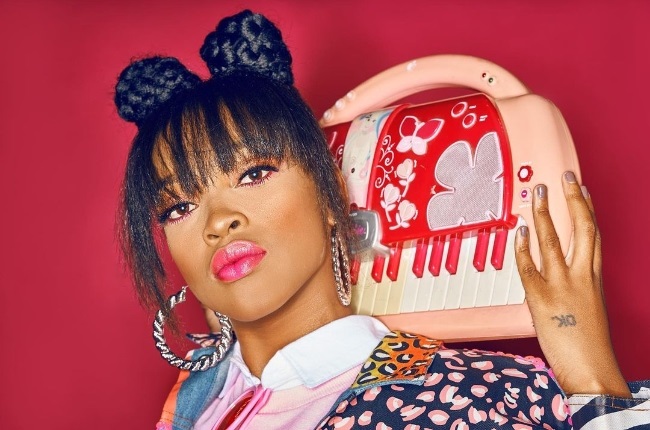 Faith K spoke to us about her music and her new single with singer Thabsie, Moyeni.
Faith K / Instagram

It's easy to think of her as a rising star. Someone who is new in the industry and is still finding her feet.

But she's done two albums and has a string of singles and features and she's definitely already found her place in the industry.

But she's still growing and learning. Faith Khensani Mashaba (25) from Centurion is a hip hop artist that "makes music for young creative women who live their lives in colour".

She has been making music with big names in hip-hop such as rapper Reason and pH RawX and was mentored in the industry by the popular DJ Dimplez.

“I have always known that I wanted to entertain, but it started off as participating in talent shows at schools and dancing. I was very lucky [because] no one at home knew that I was doing, not even my friends. So I started going into small studios around my neighbourhood. I was really nervous my first time on the mic and one night I met DJ Dimplez and I sent him the song I recorded and he liked it and he offered to help me and he became my mentor in my early career.

“He was really helping, and he plugged me with a lot of interviews. He basically managed me and helped me grow in my career.”

She has released two studio albums that have given people a glimpse into her artistry and she says she's here to stay. She is grateful to have people in her corner that get her vision.

“I have learnt it's not wise to take people for granted. Everyone in your team counts and their job benefits you as an artist. Those people help you build a brand and it's important that they are treated as important.”

She recently released a single titled ‘Moyeni’ featuring singer Thabsie, which is doing well so far.

“Thabsie has always been a big sister to me, and I have always looked up to her. When we made this song, it was crazy and she introduced me to other artists as well as the process of having other people write for you. It’s a cool process because you are also there, helping with the writing. In the music industry people have always told me to stick with the right crowd.”

She says that it is very easy to blur the lines between work and play time within the industry because a lot of the work includes entertainment and having fun.

“There is such a thin line between play time and work time, but I have managed to find the balance between the two and to make sure that the people around me do too. If it is not managed, it could destroy your career, especially with gigs in clubs but finding the balance has worked for me. I have a policy – I don't partake in the party until I perform cause that’s what I was paid to do.”

“It’s very challenging to be female in the industry. There are things you have to look out for because somethings could have hidden agendas. Sometime there are uncomfortable situations and it is always good to be alert and on your guard. Sometimes we forget that our jobs are risky.”

Her parents are proud to have raised a girl that can make her dreams a reality.

“My parents are my biggest fans, and they are very interested in the music I make. They didn’t know I make music until my dad heard me on Metro FM once and he was excited for me.

“It's important to know that God made you the way you are for a reason and purpose and you are in your own range and in your own lane. Don’t ever compare yourself to anyone whether it is your body or how you look and even talent.”

She is currently working on an E.P that she promises will deliver interesting collaborations with artists such as Gigi Lamayne and Money Badoo.

“I am going to drop singles first and then the E.P before I release a new album. I am going to be giving people great music, I have a song with Money Badoo that is so much fire which will be dropping soon. I can’t wait to release it.”

One day she hopes to buy her parents a house and to see them live comfortably.

“The day I buy my parents a house is the day I will feel as though I have made it.  I really want my parents to be comfortable and I hope to one day open an art school in Soweto so that I can also give back hope to the people in the community."