‘God for us. Guluva for himself’ – Redemption actor Sparky Xulu talks about new role 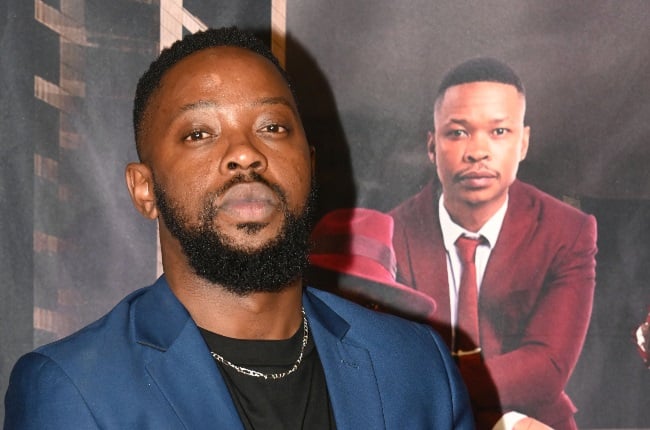 When the 33-year-old actor speaks to Drum, he’s in between shooting scenes for Redemption: A BET Africa Original, where he plays the role of Zwelakhe, a pastor’s kid who’s been through the wringer.

Zwelakhe is a complex character. A former drug addict, he’s trying to redeem himself in the eyes of the church and his family, the Zikodes, headed by Simon (played by Themba Ndaba) and Evelyn (Tina Jaxa).

“This is not like anything I’ve done before,” says Sparky. “More than anything, it was a challenge and it’s nice to see a character through the eyes of trying to redeem themselves and not a lens as simple as rags to riches or bad to good.

“Reading the character, I thought, flip, I’ll have to do a lot of research here! Not just into the character but into his world. This character requires a lot of me, and that’s what drew me to it,” he tells Drum.

They’ve done about a month of filming and the fatigue is audible in his voice when he speaks to us, but his tone soon gets animated when he starts talking about his craft.

He’s enjoying being actor now more than he did when he was younger. Being in a hurry to 'make it' rather than enjoying the process is one of the few career regrets he has.

“I regret the rush – rushing to get a certain role or be the lead – because now, in retrospect, when talking to people about the roles I’ve played I realise those are the roles that people remember, and back then I thought it was a small role. But that drive elevated my commitment and shaped my work ethic. I do wish I could’ve enjoyed the early roles more, though, and trusted the process more.”

“I’m the harshest critic of myself,” he admits, saying he even found it hard watching the premiere of the show. But with the wisdom that comes with getting older is realising that you need to trust that your best is enough.

“Being the kind of person who always consults to hear if I can do better, I’d say the best career advice I’ve been given is to trust that I am enough.”

Sparky can’t share too much about his Redemption character and where the storyline is going, but he promises viewers there are plenty of surprises in store because Zwelakhe is a multifaceted character whose interiority makes him difficult to understand.

“The church world really is just a backdrop to understanding the characters.”

He’s been challenged immensely by this character, so the mission has been accomplished, but “it’s heavy!” he exclaims. Sometimes he is so deeply immersed in the emotional life of Zwelakhe that it drains him emotionally and physically too.

Gym is a great outlet for maintaining both his physical and mental wellness, he says.

“Time is always an issue though.”

He also enjoys the therapeutic power of a long walk. “It brings you back to the moment.”

Redemption airs Mondays to Thursdays at 6pm and repeats at 9.30 on BET Africa (DStv 129).