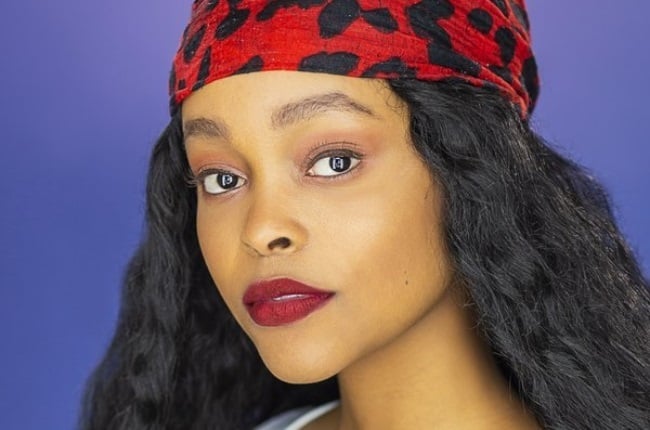 Nandipha Khubone says she would like to shield her character Sibongile on Gomora from a world that didn't serve her.
Supplied

She plays the role of high school learner Sibongile on Mzansi Magic's telenovela, Gomora. Sibongile is currently in a relationship with a sugar daddy who splurges on her through spa treatments, expensive hair, and nails and is promising her the world.

Actress Nandipha Khubone (22) has taken to social media to open up about how Sibongile’s journey has made her confront situations that she swept under the carpet in her own life.

“Today I had a really insightful day at work that made me aware of the mental health in situations I haven’t dealt with head-on and as taxing as it was for my body I would like to share.”

Nandipha expressed how she struggled to exit from her character.

“During my days as a film student I was told about how hard it is to remove yourself from the character's body when you fully immerse yourself and I didn’t expect it until this day,” she says.

“Removing myself from Sibongile's body was harder than it usually was for me, because of how much I would like to shield her from a world that didn't serve her.”

Nandipha says she broke down after her scenes.

“I had a few moments of breaking down in my green room due to the work I had prepared. Before the scenes started, I had done my normal meditations, but nothing could have prepared me for the moments in time when I was present,” she wrote.

Sibongile entered Zodwa and her son Teddy’s home as a feisty teenager with a bad attitude but life quickly humbled her when she was called to order after her and Teddy’s father Dawn (played by Israel Matseke-Zulu) passed on.

In a previous interview with Drum magazine, Nandipha says she graduated online last in 2020 because of Covid-19. While studying abroad she did not realize some of the silliest things she would miss about South Africa.

"In LA, I was basically vegan. But when I came home, my family knew that I would [eat] any and everything – my ultimate favourite being dumplings and a hearty stew. I would then pack speckled eggs candy, Aromat and stock tubes."

Growing up in Durban, she loved school.

“I was always that kid in school who got excited for orals and stuff like that.”

When her parents got divorced in her Grade 9 year, she further immersed herself in her studies and extramurals.

“I was enrolling for different extramural activities just to keep myself distracted from what was going on at home and it helped me to really discover myself and the things I liked the most," she shares.

“Also, I loved high school. I know a lot of people don’t, but for me it was a great place where I was able to explore different interests and everyone was really supportive of each other and were had a great sisterhood with all the girls there.”

Having attended a co-ed primary school, Nandipha enjoyed attending an all-girls high school, recalling; “We were all able to be ourselves all the time without worrying about bumping into your crush at school or wanting to look perfect to appeal to the male gaze."

Watch Gomora every weekday at 19:30 on Mzansi Magic, DSTV channel 161.

We live in a world where facts and fiction get blurred
In times of uncertainty you need journalism you can trust. For 14 free days, you can have access to a world of in-depth analyses, investigative journalism, top opinions and a range of features. Journalism strengthens democracy. Invest in the future today. Thereafter you will be billed R75 per month. You can cancel anytime and if you cancel within 14 days you won't be billed.
Subscribe to News24
Related Links
‘It’s almost like you have no right to grieve’ – counsellor on losing a colleague
Gomora actor Siyabonga Zubane dies
TV personality Moshe Ndiki on his new role as a teacher in Gomora
Next on Drum
Looks from the #SavageBeauty red-carpet