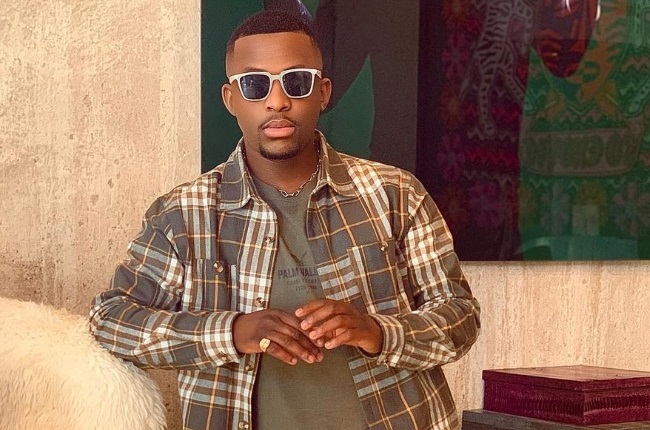 Lusanda Beja spoke to us about his rise to fame and opening up doors for those coming after him.

He's put in the work. He's entered a couple of singing competitions, became an independent artist, released and recorded music under his own label and it didn't work out the way he'd hoped.

Then suddenly, things started turning around for him and he's had win after win. It hasn't been easy, but he's grateful.

Lusanda Beja is a South African musician who was first introduced to fans when he entered the singing competition ‘I Want To Sing Gospel’. He was 16 at the time and didn't get far in the competition.

He grew up in a spiritual home in Gugulethu and was influenced by his parents who shaped his idea of what a good Christian is. But even though he grew up in the church, it was later in his life that he experienced the presence of God.

“I come from a very musical and spiritual family, I discovered I could sing at the age of five and my mother nurtured my gift because she is a power house of a singer herself. My talent to sing has always been there and at the age of 10 I realised I want to do music for the rest of my life.”

Even though he's had a relationship with God his whole life because of the kind of home he grew up in, it's been his own experiences and encounters with God that have made him into the artist he is today, he says.

“When I accepted Christ as my personal saviour, the best way to express my love for the Lord was through music. Even if I go through emotions because of someone I am in a relationship with, I still sing a gospel song that will best express how I feel at the moment.”

It took Lusanda 15 years for him to get to a point where he is recognised as one of the most influential gospel artists in South Africa.

“In 2008 I entered I want to Sing Gospel. In 2010 I started my own record label and I wanted to be an independent artist. I recorded my first album Revelation of Grace in 2013.”

When things weren’t working out for him, he decided to enter Idols in 2016 and managed to get to the Top 16.

That's when he started to rise to fame and South Africans were intrigued by him. In 2018 he released a single, Ulidwala, which is still popular today.

His second album Jesu’Ulidwala, which he released in 2018, did very well for his career and saw him performing in stages across South Africa.

“Life has taught me that a church or a denomination can make you a religious person as opposed to being a spiritual person. When you are  religious you are guided by laws and regulation but when you spiritual you are guided by the holy spirit. There are so many things that have happened in my life I never thought I would encounter because I was religious. When you understand things without judgement people can relate to you, just because I am a gospel artist I never allow other people to limit me to the culture. I live my life with my own pattern and my own rhythm guided by the holy spirit.”

Unlike many Gospel artists Lusanda believes in embracing ups and downs in life and being honest about imperfections. He's quite open about heartache.

"I never thought that I would ever find myself in a predicament where I am crying over someone that I want to commit to,  but they don't want to commit to me. When you are spiritual, you break all the stereotypes of the non-understanding Christian. I am open minded and I am able to relate to other people. I don't want to fall into what gospel music has been made to be. I am for breaking the rules and the uptight culture wall."

He is currently on a national tour for a gospel revival concert called ‘Indumiso Enkulu’. It has been touring the country featuring artists such as Dumi Mkokstad, Khaya Mthethwa and himself. On 5 November it will be in Cape Town at the Good Hope Christian Centre.

“It is going to be amazing; this is our fifth province that we are touring. We have been touring the entire country. People can expect a lot of dancing and we are going to lit up the place with Jesus,” he says.

“Every time I look back at my life and how consistent I have been, I feel inspired all over again. There are times where I wish the whole world would know what I am going through right now but I take a minute and look back at myself and I am left in awe. I am really big on changing the narrative of the Gospel scene in South Africa and to change how people perceive Gospel artists. The doors I never saw open for me I want to open for those coming after me.”

He started the Cape Town International Gospel Music Festival as a way to provide young up and coming gospel artists with a platform to be seen and heard.

“Running a record label and coordinating events while also being an artist has been very challenging and disappointing at times and I have had to stick to my purpose in moments of discouragement. When I found my purpose, I never looked back. Everything I do now comes naturally to me.”

Lusanda releases an album every five years and he says that the next full body of work he will release will only be in 2023.

“I have been recording and writing songs, I have to wait for the right timing. I wait for 5 years in between projects, unfortunately I will only be dropping a album in 2023."

We live in a world where facts and fiction get blurred
In times of uncertainty you need journalism you can trust. For only R75 per month, you have access to a world of in-depth analyses, investigative journalism, top opinions and a range of features. Journalism strengthens democracy. Invest in the future today.
Subscribe to News24
Next on Drum
Real Housewives of Johannesburg star Naledi Willers passes on