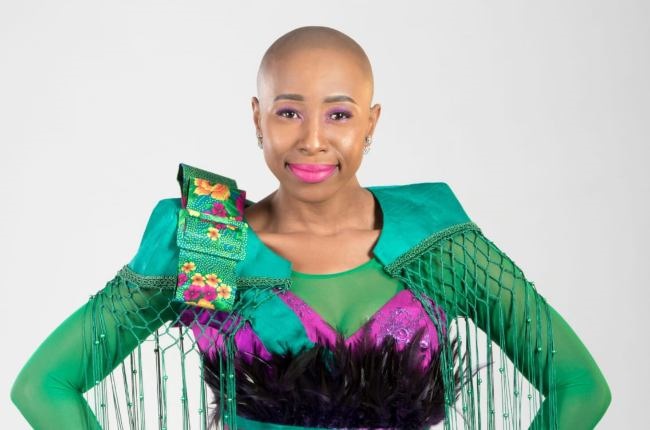 Thembisile Ntaka took two years away from music to study and she is ready to start working on her upcoming EP.
Supplied

She was introduced to South African households as a humble, down-to-earth Afro-pop musician.

Her powerful voice and moving life story are what set her apart from many hopefuls in the early 2000s who were competing for the ultimate prize in the Coca-Cola Popstars singing competition.

Thembisile Ntaka was one of the winners alongside Refiloe Motha, Itumeleng Kgosana, Letang Tlome, and Karabo Motlhabi. Together they made up the group Adilah.

They gave fans hits like Ses'Fikile and Chomi before taking on solo careers. She was 21 years old when she won the Coca-Cola Popstars competition and she says she’s kept her life simple.

“Those were the good old day,” Thembisile reminisces.

“We have come a long way, but I’ve tried my best to maintain who I am.”

Thembisile says the industry has always been kind and made it easy for her to remain true to who she is.

“The music industry has always been kind to me, unlike other people. I cannot fault or bash it as I was welcomed with open arms.”

The former pop stars are still in communication and remain good friends. In 2020, they were in talks about a potential collaboration and reunion but before they could execute anything they were shocked by the bad news that one of their own, Refiloe had died.

The last time they gathered in one room was to bid farewell to their friend. “That was the last time we were together, but we recently worked with Karabo and Letang on a project,” Thembisile says.

“But I have been speaking to Karabo a few days ago regarding our royalties, admin, and other music-related things. Tumi is the one person I have not seen in a while. We have kept in touch, and we try to speak as often as we can,” she adds.

She released her first solo album in 2004 when she was signed by EMI.

“When I signed as a solo artist, people embraced me and showed me nothing but love from the young to the old,” she says.

“And even today I still get love from people on the street who have always wanted to meet me.”

With almost two decades of experience in a sometimes fickle environment, she's managed to stay relevant and maintain a clean reputation.

“I was honest from the beginning of my career. I knew who I was, and I accepted who I was,” she says.

“Arriving in Joburg, I knew what I wanted to achieve from the beginning of my career. I wanted to sing and impact people’s lives, tell people stories and heal people with my music and then go back home and take care of my family,” she adds.

“Music was a way of me getting out of my hardships and poverty. This meant that my focus was different from what other people in Joburg were doing,” she says.

“I knew what I was working towards. Knowing that also helped me to realise that fame is not something that I wanted. It came with who I was. I was never going to chase fame and forget what I am about. Secondly, knowing my goal and who I am made me respect my work and my music. I didn’t want to be all over the place. The way I carried myself was always because of my goal.”

Thembisile says even with the choice of music genre, she needed to be a good example.

“Also, the type of music that I do determines my character and how I behave. I don’t make music for nightclubs and dancing. My music is about my life, the challenges I have overcome, and to inspire people to focus on what they love."

She is currently based in Johannesburg but visits home in KwaZulu Natal often.

“I am currently planning on releasing an EP of four songs with a new production team. I want to elevate my brand. I don’t only want to make music, but I have also started a foundation. I have been making donations here and there but lending a hand where I can, but decided to do it formally through a foundation,“ she says.

“This will help to account for money and be able to manage it accordingly and that is what I have done. Now, I work with a group of young people from East London assisting me in my company,” she says.

She last released music in 2020 with the single Ummeli and took a short break.

"This new project will be World Music and not just Afro-pop. I will continue to sing music with a message. Then people can make their own interpretation of the music after. We are all dealing with something as human beings from childhood traumas, love pains, divorce, grief and I want the music to be comforting and have a world message,” she says.

In the two years that she has taken a break from music and used the time of the Covid-19 pandemic to study towards being a real estate agent.

“I went to study so I can be a certified real estate agent. I was very blessed to meet the founder of Century 2021, a property business in Blue Valley Hills and I got to work as an estate agent. This something I am very excited about.”

In 2021 Thembisile bought land and plans to build offices in KwaZulu Natal where she will work and run her company and foundation. Thembisile also did a First Aid course and is currently studying Anatomy and Physiology online.

“I am now a qualified real estate agent. But I also want to be part of the beauty and therapy industry. That is what I have been doing and studying and it’s keeping me busy while also making music.

“I have always wanted to do a lot of things. I thought I would have studied and done the things I wanted before reaching 38 years old and possibly be a social worker, but God has his own plans,” she says.

“I spent time raising my brother and sister's kids and I’m now getting the opportunity to focus on myself a bit.

"I am happy I focused on fixing my home and making sure my nieces and nephews went to school and they are now working and will be going to university. It was a sacrifice I had to make," she says.

We live in a world where facts and fiction get blurred
In times of uncertainty you need journalism you can trust. For 14 free days, you can have access to a world of in-depth analyses, investigative journalism, top opinions and a range of features. Journalism strengthens democracy. Invest in the future today. Thereafter you will be billed R75 per month. You can cancel anytime and if you cancel within 14 days you won't be billed.
Subscribe to News24
Related Links
‘I needed to start over’- Singer Phelo Bala on moving back home for a clean start
Singer R Kelly found guilty of six charges related to sexual abuse
‘It was not intentional’ - Gospel singer Pulane Maphari devastated after being stripped of her SAMA
Next on Drum
‘I trust God with his soul’ – Dr Mmasechaba Shai, a year on after actor Patrick Shai took his own life