I won't give up on Bonga, says Good Samaritan after gifted former street dweller checks out of rehab Sisanda Qwabe might have learnt the hard way that some people are not ready to be helped but she is not giving up on Bonga.
Instagram// Sisanda Qwabe

When she decided to make means to reach out to the 35-year-old street dweller who won the hearts of many South Africans with his big English words and charismatic persona – all she wanted was to give him a chance to change his life for the better.

This is not the first time that media practitioner and lawyer, Sisanda Qwabe-Coutaud has extended a helping hand to get someone off the streets.

She tells us that she is living up to what her late mother, Fikile Mthembu used to do when she was still growing up in Kwamhlabuyalingana, northern KwaZulu Natal.

“My home is not far from Mozambique, it is literally an hour to the country, so my mother used to look after the children of people that came from Mozambique, you know they were victims of floods. As a result, I always had sisters, some of them I grew up with while some I didn’t even know that we were not blood related, I found out later in life.

“So, I have been raised like that, my mother had nothing but she gave her whole heart and it made her look and feel like she had a lot, but she actually didn’t. She had children that she never gave birth to but she loved and raised them like her own, she had that heart for giving.”

That’s why she didn't think twice when she met Bonga Sithole, who lived on the streets in Johannesburg. Sisanda had South Africans hearts swelling with pride when she gave him a chance to turn his life around.

She says even though Bonga checked himself out of rehab in just eight days, she doesn’t regret helping him.

Sisanda received a call from the rehabilitation centre that was assisting Bonga with detoxing from substances while on a holiday in Indonesia.

“They asked me to talk to him and convince him to stay but unfortunately when they were able to reach out to me, he had already left and they couldn’t run after him. They told me that Bonga said he is leaving rehab to embark upon his spiritual journey.”

She tells us that “it was very tough for me to take it".

"I just couldn’t understand out of all the people I have reached out to in this regard, I don’t think I had this trust and believe that I had in Bonga, I mean we have had many conversations and that is what destroyed and teared my emotions apart.

“I couldn’t understand how because I have spoken to him. He really didn’t strike me as a person who can tap out of rehab because even when we had an option at the rehab to either do it while he is out and then go to the rehab every morning or be admitted, he chose being admitted.

“He said he preferred that because ‘I didn’t think I was going to make it if I do it while I am out there’ his words and it was his own decision so I didn’t think he would decide that soon to leave rehab.” 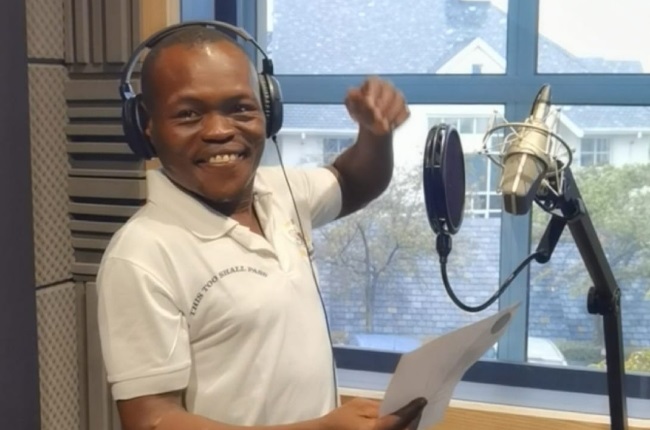 When asked if she understood what he meant, she tells us that, “No I don’t believe that, but I respect it.

“I am a very spiritual person myself and I understand that for any spirits in the good or bad to be in your body needs to be ready for that. Bonga needed to cleanse himself from the inside so that his spiritual being can be pure.

"That’s why for me it didn’t make sense because for instance if you are training to be a traditional healer, there are certain foods that you restrain from eating.”

She clarifies that “Bonga is not going through the traditional [ancestral] journey”.

She's been in touch with him since. “We have spoken because he went back to his mother’s house, so I am not going to give up on him but the approach would be different.

“It needs to come from him now, because I think my mistake was supporting what he was telling me and I was the one leading.

"For instance, if he said ‘I want to go to Joburg’ and I will be the one looking for means to get there instead of asking ‘how are you going to get there?’

She says she has learnt that from now on, she understands that another way to help someone in a postion like Bonga's is to say, "‘Okay, go and I will wait for you here'.”

She says Bonga did apologise to her when she spoke to him. “But I was not ready to try and understand why he quit because I was listening more during the call than talking.”

Sisanda had mentioned during her video on TikTok that Bonga had two jobs lined up for him as soon as he gets out of rehab.

“He was going to be joining Fundi in January as a motivator [under marketing and advertising department], so he was going to share his story and journey to motivate other people who wish to follow their dreams.

“Another job was a podcast which was going to be a Monday to Friday. I have broadcast background because I owned Galaxy TV before.

"After it shut down, I then opened an online magazine chapter for me and I got too busy with my legal work so I didn’t have an opportunity to pursue that. But everything is still there, you know, the equipment.

“So, I was, like, ‘Okay Bonga is here’ and I have a friend of mine, Tebogo from Red Carpet events, so we partnered with him to say that he would monitor the whole thing and I would supply the equipment and then they would run the podcast while I am busy with my own work.”

The plans for the podcast may be delayed for now, but Sisanda is adamant that they will continue – with Bonga, when he is ready.