From the archives | ‘If I could have a do over of my life, I would still choose Mseleku but not isithembu’ – MaCele 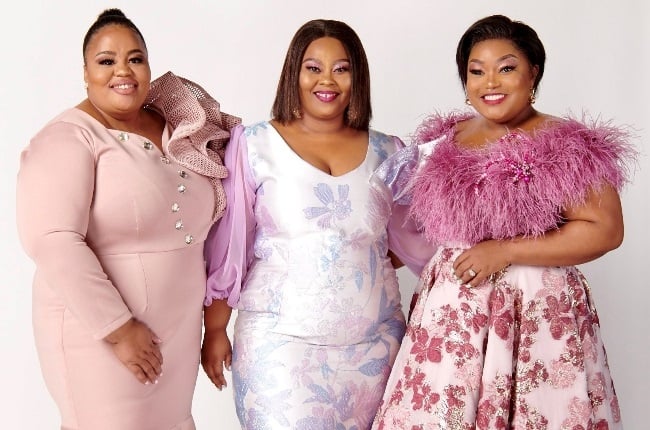 Have you ever wanted to have a conversation with the women married to polygamist Musa Mseleku? Well now could be your chance as their new interactive show, Igumbi Lamakhosikazi, premiers on SABC 1 this month.

On the show, each host brings a different perspective, with the intention being to help people who need the courage to speak out.

Each episode will kick off with the introduction of the topic. The four hosts will share their insights on the introduced topic, unpack what it means to them and how they handle the issues related.

Viewers can look forward to hard-hitting conversations on polygamy, in-laws, intimacy, sex in the marriage, finances, gender-based violence, and parenting.

Ahead of the show making its way to the small screen, Drum chats to Musa’s first wife, Busisiwe Mseleku (45), affectionately known as MaCele.

Read more | MaYeni didn’t want polygamy: 'It was supposed to be just Musa and I'

They dated for about two years before getting married and she says it was a love like no other. Before paying lobola for his darling, Musa joked about taking a second wife. MaCele recalls saying “hell, no”.

He told her he was joking and she agreed to allow him to continue with the lobola negotiations and their union was sealed in April 2002. She says there are things about isithembu that she did not want to be part of.

However, it was not long after they said their “I do’s” that he brought the subject of a second wife. He told her that growing up he was lonely and he wanted to have 20 children.

“Look, I love children but having four kids would be traumatic and this man was here talking about 20 kids,” she remembers. She has three kids.

“I had agreed that he could have kids with other women if he wanted to because there was no way I was having that many kids. I ended up agreeing (to the second wife) because I did not want my selfishness of not wanting to have lots of kids to make other women be single mothers because it would mean he would impregnate them and leave,” she says.

When they got married, he already had a child and she didn't.

He then went on to marry MaSaule who died in a car accident before the TV family became famous.

“I had conditions that I put to him when he said he wanted a second wife. I said I would not be living in the same yard as another woman and so I moved out of the family home eMzumbe. I moved out before they got married. I knew that I would not be able to cope knowing that my husband was just next door at another wife’s house and I could not be with him. I gave him the permission he wanted for a second wife but I said I was not getting involved in anything. I think traditionally I was supposed to part of her welcoming party but I refused to be involved in anyway.”

She confesses that after he married MaSaule she did not want him to touch her.

“I am okay now, but in the beginning I did not want him to touch me when he came to my house. It was not until I fully accepted our situation that we were able to be intimate, otherwise I came up with all sorts of excuses about why we couldn’t.”

Her husband rotates his time with his wives, she says. He is away for three days and he is with her on the fourth. The other three wives MaYeni, MaKhumalo and MaNgwabe all live in the same yard. MaCele says he spends time with each of them every day, asking about their days and spending time with the kids then he moves on to the next house and his last stop is the house where he will be sleeping that day.

That does not bother her at all because she did not want to live with her husband anyway.

“When I was growing up obaba used to work far away from home and the women lived alone with the kids. Then they would return on Easter and Christmas and it would be a joyous time. So that is what I wanted too, I wanted the time my husband would be home to be amazing because the kids and I missed him, and he would go again.”

It does not matter how many wives a man wants to take, but he must always ask for permission from the first wife first. She says they initially entered into a civil union which had to be dissolved so they could be married under customary law to allow him to take a second wife.

“Women need to know that once they agree to the second wife, legally, they cannot really say no to a third or fourth. Yes you can protest against your husband but legally you do not have the power you had in a civil marriage.”

With everything that happens in a polygamous marriage, MaCele says she will never compromise her values. "If I could have a do over my life, I would still choose Mseleku but not is'thembu."

“I will not change my values for anything. That he has other wives is a comprise on its own.”

On the contentious of him taking a fifth wife, MaCele says whether he does it or not, he still will not achieve his dream.

“His dream was to have 20 children. Currently he has 10, eight of whom are from us as his wives. There is no way he will reach his target. When the conversation about is'thembu started, I said he cannot take another wife after we have been married for 20 years. He thought that 20 years is a long time and now we are here. In that 20 years he could have married eight wives and possibly reached his target but he didn’t and that has nothing to do with me.

“He has not had a white wedding with some of his other wives and there was a further delay because of Covid-19. I may give him a grace period of two or three years. But once that is over, we will have our big anniversary and he can finally wear a wedding ring. Currently he does not wear a wedding ring and the ring that he will wear will be my ring and no one elses.”

She says her relationship with her sister-wives is very relaxed.

“I take them like my sisters. I am not jealous of them because we share a husband, I am too old for that.”

The show airs on SABC 1at 9pm on February 7.

We live in a world where facts and fiction get blurred
In times of uncertainty you need journalism you can trust. For 14 free days, you can have access to a world of in-depth analyses, investigative journalism, top opinions and a range of features. Journalism strengthens democracy. Invest in the future today. Thereafter you will be billed R75 per month. You can cancel anytime and if you cancel within 14 days you won't be billed.
Subscribe to News24
Next on Drum
Black Coffee on his childhood, how music healed him, and the life-changing accident