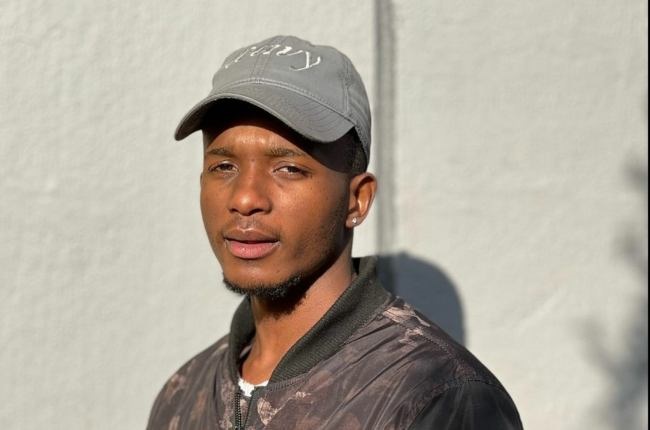 Ocean L believes this is the beginning of bigger things to come for his music career.
Supplied

He gets his talent from both his mom, actress, and businesswoman Sophie Ndaba and dad Themba Ndaba.

But he decided, instead of being an actor, he wanted to pursue music. Lwandle Ndaba (22) known for his rap name Ocean L, is paving his own path as a musician, making hip-hop music.

“My parents are both so supportive of my dream. I am grateful to know that I am their biggest fan, and they are my biggest fans,” he tells Drum.

He released his debut single Manifest on 4 August on all digital platforms, and it is the first of many to come.

“I am so excited. I have been working on this and other songs for almost a year now,” he says.

“The song Manifest is basically to encourage both young and old people that they can manifest anything they want in life. That anything is possible if they believe. They just need to speak their dreams into existence. That is what I am about, honesty, truth, and positivity.”

Last year his song, My Step Dad Is A Devil was leaked before he thought of releasing it.

The song had the whole country talking as it addressed family issues and it targeted his stepfather and businessman Max Lichaba, who in the song he claimed that he was a cheater and was abusive towards his mother.

“You all deserve to know the truth about this man. My stepfather is a devil, he takes, and he breaks. He hurts and he fakes, everything that he makes,” he raps.

In the song, Ocean L implies that Max had been physically abusive towards his mother.

“You left your wife alone bruised up in the body. I won’t forget the day that you hit her because you cheated. You cheated with my best friend who is old enough to be your daughter. You R. Kelly wanna-be."

He doesn’t regret having the song leaked.

“The song was leaked, but I was okay with it eventually,” Ocean L tells Drum

“At first, I was not sure how people would receive it because of how it came out. But eventually, I was happy because it was from a place of honesty and truth. That is what my music is about. I am happy people also got to see my talent and it shows people are longing for truth, honesty, and a positive message in music and that’s my brand.”

In due time he plans to release a full EP.

“I am taking it one day at a time and I am not rushing myself,” he says.

Read more l It’s OK to be 19 or 20 and be a virgin, says activist and author of A Journey from Boyhood to Manhood

Ocean L loves what he does.

“Music has always been in me. I have been doing it since I was 12 years old. I started singing at school choirs and plays. When I turned 16, I started writing my own songs. I wasn’t really sure what I was doing but people around me used to encourage me to continue doing it," he says.

“It was only when I got to matric that I started to take it seriously. I was writing and learning to mix and master. I would get beats from people and mix and master so that we both have hands-on work.”

“That’s how serious I am about music,” he says.

Hip-Hop is his number one sound, but he is versatile and "in time, I will show my other skills”.

In the future, he wants to be a household name.

“I want to be a huge artist and inspiration to the kids especially and make my mark. I want to be international and perform on huge stages. I am still building that.”

Maybe in the future, he might also try his hand at acting.

“I welcome anything that involves me showing my creativity. If one day I decide to follow in my parents’ footsteps and be an actor, then so be it. But for now, music is my first love and I want to spread a positive message.”

As he prepares to enter show business, Ocean L says he has learned a few lessons from both his parents about fame.

“I have learned the importance of being lowkey from the beginning and that it’s important to have your private life separate from your career,” he says.

“I have learned to be careful of people around me, who I trust, and what I say to people. But I have also learned to have an open mind about how you do things, always improving your brand and being relevant and staying humble,” he says.

“Every day I see how humble my parents are and they inspire me every day when I see how much they have achieved but they remain humble and have humility. My dad loves the music, he has been reposting and asking me what is next. My mom is incredibly supportive and now I am just working on building my name and my brand.”

We live in a world where facts and fiction get blurred
In times of uncertainty you need journalism you can trust. For 14 free days, you can have access to a world of in-depth analyses, investigative journalism, top opinions and a range of features. Journalism strengthens democracy. Invest in the future today. Thereafter you will be billed R75 per month. You can cancel anytime and if you cancel within 14 days you won't be billed.
Subscribe to News24
Related Links
‘I make more money now’ – Rapper Saudi on being his own boss
‘I’m doing things differently this time around’ – Ab Crazy on his comeback
A big win for Nadia Nakai as she buys herself her house
Next on Drum
‘I am shocked and dismayed’ - Thami Kotlolo distances himself from Somizi and Mohale abuse allegations