‘It’s the beach and the people for me!’ – Gcina Mkhize on joining Imbewu and shooting in Durban 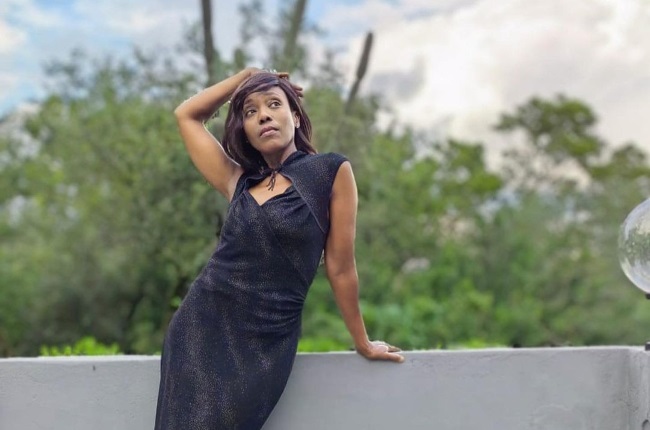 She gets to work with a great cast and live on the coast. What isn't there to love about joining Imbewu?

At least that's how it feels for actress Gcina Mkhize, who's excited about the new opportunity as well as the chance to live near the beach while filming.

And on the storyline, the seasoned actress joins the cast as the crazy Nozi, a sole witness to a hit-and-run incident involving Zithulele - played by Raphael Griffiths - which left a young woman dead.

“The fact that Imbewu is being shot in Durban, that on its own brings a lot of excitement to me because I love the ocean very much. I love the coastal areas so if I get to be next to or in front of the ocean where I can be able to interact with the sea, that’s amazing,” Gcina says.

“It is a different production, and that also for me is exciting because it's new people, new energy. There are people who I have never interacted with, so that on its own brings joy to me because I am looking forward to getting to know them.”

She's loving Nozi, who she has some similarities with. She likes to be mysterious, just like her character.

She tells us that it is because she loves people’s reactions to “things that are unpredictable”.

“Nozi is unpredictable, she is mysterious.

And crazy? Gcina laughs before saying, “You see now, you will think she is crazy and be convinced. But then after one moment you will realise that ‘no, she is not crazy’, she just knows her story.

“There is this intrigue about this character, it is just mystery surrounding her and that makes it exciting because she's got many layers.”

Besides the camera, lights and action, Gcina says she relates with Nozi on Imbewu because, “sometimes I enjoy taking people by surprise and Nozi is also full of surprises. She does things when you least expect it and I like doing that from time to time. I like being mysterious at times just to provoke reaction, but also to protect myself and space.”

“You can’t always be giving everything about yourself away, and about what you are doing. There will be situations in my life, along my journey, where I feel, ‘No, I think I need to be mysterious about those’.”

When she’s not not in front of the camera, the actress loves making jewellery or designing clothes. “I do some vocal training as well. I want to go back to singing, I used to sing professionally but that was a lifetime ago. I want to go back, I miss it so much.”

She says she feels different every time she sings and that is why she wants to go back. “It is such a unique and special experience.

"When I sing, my soul goes through such an unexplainable experience both on the physical and spiritual level. It is amazing, it is almost like you might go into a trance.”

Gcina plans to blend her favourite music genres when she makes her come back to music.

“I’d love to do maskandi and fuse it with jazz, because I love traditional music. I listen mostly to Mam Busi Mhlongo, Thandiswa.”

We live in a world where facts and fiction get blurred
In times of uncertainty you need journalism you can trust. For 14 free days, you can have access to a world of in-depth analyses, investigative journalism, top opinions and a range of features. Journalism strengthens democracy. Invest in the future today. Thereafter you will be billed R75 per month. You can cancel anytime and if you cancel within 14 days you won't be billed.
Subscribe to News24
Next on Drum
Five minutes with actress Nelisa Mchunu - 'My character's behaviour gets crazier with each episode'