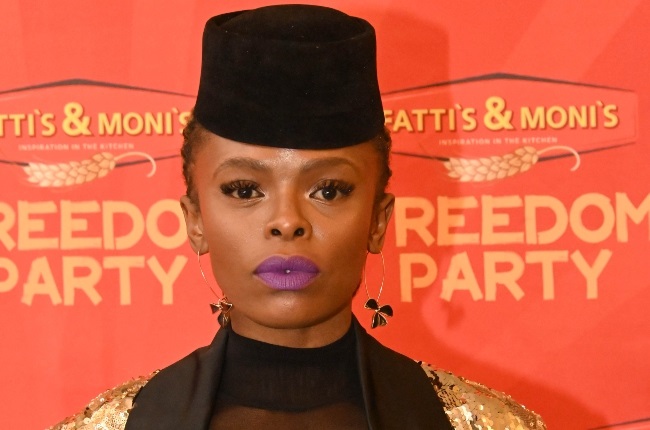 A lot of allegations have been levelled against her and so far she's kept quiet – till now.

It's been a week of speculation and rumours after Unathi Nkayi was fired from Kaya 959 following "certain conduct that rendered the relationship intolerable going forward".

Then there were reports that it was due to an altercation with colleague Sizwe Dhlomo.

Idols judge and media personality Unathi Nkayi has finally broken her silence on the matter.

She took to Instagram to read a letter to address the allegations which have been reported against her.

"I've been silenced by Kaya, I received a letter stating I may not speak about the matter publicly because of the contractual agreements we all have as freelancers.

"I was specifically told I can not use my platform to share my version of events, the only matter I will address because it is very important to me is the theme of Gender-based-violence (GBV) that keeps on it coming up."

Unathi shares that she was not planning on speaking on the matter but due to Sizwe's posts on social media, she could not keep silent.

"This all started when Sizwe made reference to GBV in South Africa in one of his many posts about me but GBV had nothing to do with the matter, I never alleged at any time, that Sizwe committed any acts of GBV against me, Sizwe knows this, Kaya knows this.

"But when Sizwe's comments led to people thinking I made false allegations against Sizwe regarding GBV and neither Sizwe nor Kaya do anything about the narrative, or to correct the narrative I am obviously compelled to speak up."

In the GBV climate we have in South Africa. A woman is alleged to have lied about someone and almost ended their career and reputation in an act of malice...... And you give her a TV show for little girls to know that you can lie about men and be rewarded for your lie? For real? https://t.co/1hKWZSl82k

The presenter has also clarified that she and Sizwe are not friends.

"For the record Sizwe and I, both submitted in writing allegations against each other, some founded and some found not to be from both of us. I have handed the matter against Kaya to my attorneys to handle legally and in closing

Sizwe and I, not friends, I decided to distance myself from him the day he decided it was okay to say on air that my marriage failed because of the way I allow my children to prepare their mphokoqo (African salad)."

We live in a world where facts and fiction get blurred
In times of uncertainty you need journalism you can trust. For only R75 per month, you have access to a world of in-depth analyses, investigative journalism, top opinions and a range of features. Journalism strengthens democracy. Invest in the future today.
Subscribe to News24
Next on Drum
Actor Patrick Shai has died