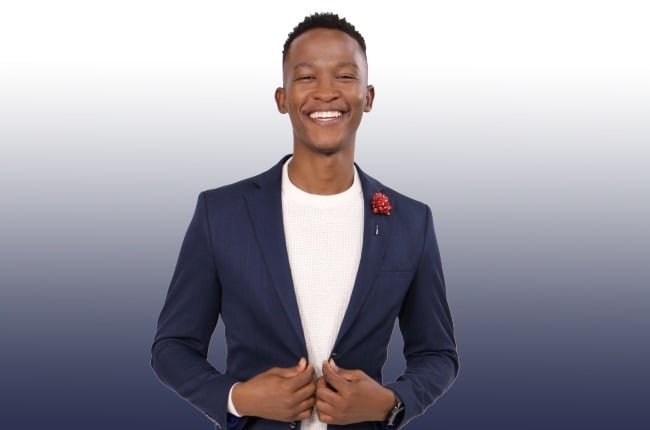 It didn't just rain, it poured on him.

It first started with the mother of his son making allegations of abuse against him.

When the allegations hit social media, South Africans called for his head and soon he lost his regular TV commercial ads with Outsurance and his Morning Expresso presenting gig.

He had been part of the SABC 3 morning talk show since 2010.

After a court case, which ruled in his favour, presenter Katlego Maboe is back on TV. The emotional scenes of his return had fans rallying around him, offering support.

It's been a rollercoaster of a ride.

“I missed the show it became part of my DNA because I was part of it from the very beginning of it. I’ve been part of it for 10 years. I knew nothing else but to wake up every morning and be part of South Africa’s alarm clock. I really missed that. It fed my heart and my spirit very much being part of it and when it wasn’t there anymore, it was just really difficult to adjust,” Katlego tells Drum.

Speaking to viewers as he first entered the set on the show on his first day, the overwhelmed Katlego said he is grateful to be home.

“Wow what a privilege it is to be back in your living rooms again, to be able to welcome you to the new day with an incredible team in front the cameras, behind the cameras.

"It has been such an incredible time leading up to this day, especially with the backdrop of what was an incredibly unfortunate time, and circumstances that forced me away from this role that I love so much.

“I know you [viewers] love us so much, what we do every day in trying to bring smiles to South African’s faces in trying to rekindle hope every single day, and in that same reflection, understanding and accepting the decisions that I made and the actions that I took that were deeply regrettable and had me moving away from this role. I’ve come full circle and I’ve come home and it really does feel like a home coming.”

“The biggest one would be to really stay true to oneself. When I think of the mistakes I made, which didn’t reflect the person that I want to be, I look back on them with a lot of regret but also an understanding that I am only human and in the future there are, and will be, opportunities to be better.”

He looks forwards to the future.

“What I am really looking forward to is just the energy of everyone on set. It was the one thing I really missed as part of my morning routine. Having the crew and the cast always uplifting each other and always trying to find a way of raising the energy so that we could give that to South Africans on that very first ‘Good morning’ and then throughout the next three hours.

"I am really looking forward to saying ‘Good morning’ for the first time in a really long time,” he shares.

“Right now, I am excited about what the future might hold. I am excited about the opportunity that I have, once again, to live what I feel is my purpose and try and continue to be a force of positivity in my own life and, hopefully, extend that to other people who I come in contact."
We live in a world where facts and fiction get blurred
In times of uncertainty you need journalism you can trust. For 14 free days, you can have access to a world of in-depth analyses, investigative journalism, top opinions and a range of features. Journalism strengthens democracy. Invest in the future today. Thereafter you will be billed R75 per month. You can cancel anytime and if you cancel within 14 days you won't be billed.
Subscribe to News24
Next on Drum
‘An illustrious music career has always been a secret ambition' - Actress Kea Zawadi ventures into music