Kenny Kunene celebrated his 50th birthday with an expensive bottle of whiskey.
Supplied

His 40th birthday made headlines.

With expensive alcohol, a star-studded guest list and, who can forget, the naked girls on tables, covered in nothing but sushi – Kenny Kunene instantly became known as the "sushi king".

After the controversial party, where he was photographed eating sushi off naked women, he vowed to never to host another a sushi party again.

There’s more to this story
Subscribe to News24 and get access to our exclusive journalism and features today.
Subscribe
Already a subscriber? Sign in
Next on Drum
Lamiez Holworthy shares her secrets to an amazing summer and she practices what she preaches 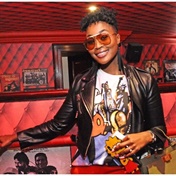