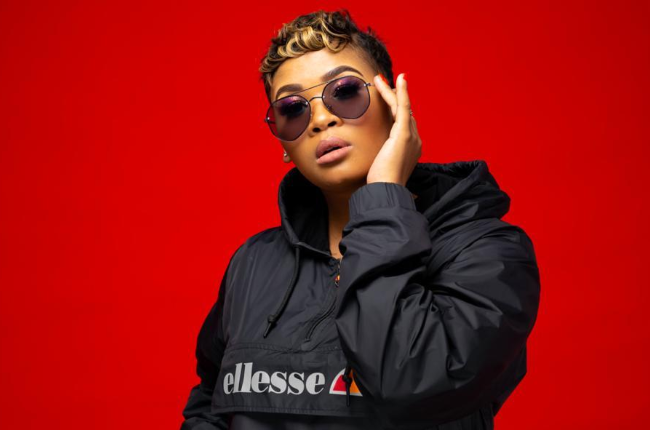 When things were not going well, Lady Du almost took her own life.
Sfundo Majozi/Supplied

It's hard to miss her face on a flashing billboard on Time Square in New York.

Her singles Dakiwe and Catalia are some of the most popular songs in the Amapiano scene and she features in Umsebenzi Wethu by Busta 929, Mpura, Mr JazziQ, Reece Madlisa, and Zuma.

Dudu Ngwenya (30), Lady Du as she is fondly known by her fans, has been working on her music career since the age of 9 years old, and it was only in 2020 that she received her big break.

“I was almost ready to give up,” she tells Drum.

“It’s been a tough couple of years for me, but I made it through alive.”

She is the daughter of veteran R n B DJ Choc, and her uncle is DJ Zan D, meaning music runs in her blood. Her father taught her how to DJ before she could solve complicated Maths equations. At 9, she won her first DJing competition which was to set the pace for what was to come.

Born and raised in Vosloorus, Gauteng, Lady Du has always been sure about the path she wanted to take.

“I have always wanted to be a musician. I was involved in singing, DJing, and dance from a young age and it's all I dreamt about all my life,” Lady Du says.

But like any protective parent, her dad wanted her to get an education so she could have something to fall back on. After high school, she received a bursary from Carnival City to study somatology in London.

She spent a year traveling 108 countries as a somatologist and skin therapist on a cruise ship.

“Travelling opened up my eyes and exposed me to different cultures. But I was doing it for the money, so I can invest in my music career,” Lady Du says.

In 2012, she returned home to South Africa and ditched the beauty industry to pursue music again. “I was tired of massaging people, touching faces, and doing beauty therapy. I wanted to be a famous musician,” Lady Du says.

“Because Busiswa and I were doing a similar sound, people assumed it was her singing the song. So, I missed the fame bus once again,” she says jokingly.

For years, Lady Du struggled with getting her big break.

“I was doing music, but I was not quite breaking into the mainstream. I had struggled for more than 20 years. Everyone knew me but I never became the IT girl,” she says.

In 2016 Lady Du took up a job as a logistics manager and worked a nine-to-five job while still pursuing music.

“Bills were piling up, I had a house to pay and a daughter to take care of, I had to go back to work because the music was not sustaining me,” she says. She worked for three years until she gave up.

“I tried, but the nine to five was not for me. The company was also not doing well, and I just became unhappy, so I decided to leave.”

In 2019 things became so bad for Lady Du that she wanted to take her own life.

“I became incredibly depressed about my situation. I had quit my job because I wasn’t happy. The music was not going anywhere, and family was pushing me to start a business or go corporate. But all I wanted was music,” she says.

When money was tight, Lady Du was forced to sell her house and get a smaller apartment for her and her daughter Mia (4). To add salt to the wound, she got into a car accident and her vehicle was written off.

“Nothing was going right for me,” she says.

“I was very depressed, and I overdosed on pills because I had enough. I attempted suicide and landed in the hospital,” she says. “God said it wasn’t my time to die and I made it out alive.”

Just when she was ready to quit again, she received a call from Tumelo “Mr JassiQ” Manyoni who introduced her to Amapiano music. She made the singles Dabula and Superstar.

“Superstar is me manifesting my life into existence,” she says.

“I sang about being a superstar, driving big cars, and living my dream life and that’s exactly what I received within a year," she says.

“I’ve been told I can’t sing, I’m boring and I’m too old. But Mr JazziQ believed in me and that motivated me to make more music.”

Last year she released the singles Dakiwe with DBN Gogo, Seekay, and Busta 929 as well as the song Catalia with Junior De Rocka, Mr JazziQ, Sleazy and Mellow.

“Those two songs put me on the Spotify billboard in New York, but the 20 years of hard labour and not giving up is what got me here,” she says.

While on a path to success, Lady Du met up with an old flame from 12 years ago, Andile Mxakaza who plays Fezile on Isibaya. They had briefly dated in the past and reunited again last ear.

“We dated 12 years ago but for only four months, and we rekindled the relationship in April last year.” By August, Fezile popped the question and sent a letter to arrange for lobola negotiators to Lady Du’s family.

“But we are in no rush to get married yet; we still have our whole lives ahead of us,” she says. Right now, Lady Du is focusing on her relationship, motherhood, and making sure she stays at the top of playlists across the country.

“It’s taken me this long to get here. I am excited, yet I remain humbled and grateful to all the people who supported me in my journey,” she says.

Lady Du s currently working on releasing her single Soft Life and working on an EP that will be released in April.

We live in a world where facts and fiction get blurred
In times of uncertainty you need journalism you can trust. For only R75 per month, you have access to a world of in-depth analyses, investigative journalism, top opinions and a range of features. Journalism strengthens democracy. Invest in the future today.
Subscribe to News24
Related Links
'My sister was like a mother to me' – Zahara battling with death of her sibling, Nomonde
Singer Mlu on the good old days touring with Miriam Makeba and making new music
Nathi Mankayi on finding comfort after losing both parents days apart – "I have a new story to tell"
Next on Drum
From awarding winning book to highly anticipated series: Why The Underground Railroad is the show to watch