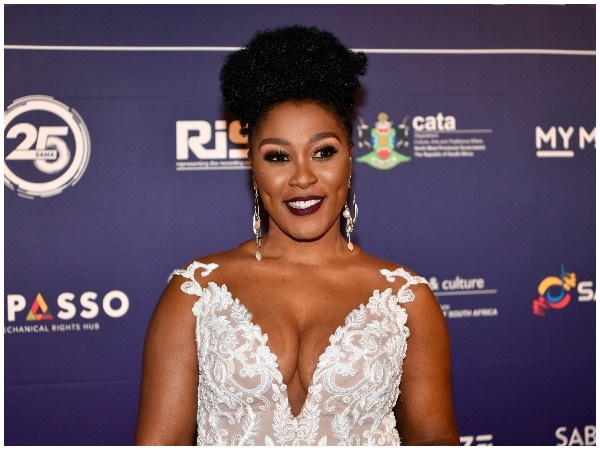 Local songstress Lady Zamar has opened up about her relationship with local musician Sjava.

The singer, real name Yamikani Janet Banda, shared the details in a two-part Instagram video. This after Sjava recently posted a video denying the singer’s claims that he had allegedly raped her.

Lady Zamar opened a case against Sjava for allegedly sexually violating her at his hotel room at the Porche-Villa Hotel and Conference Centre in Thohoyandou, following their performance at the Royal Heritage Festival in Limpopo in September 9 2017.

In a two-part Instagram Live video, the hitmaker set the record straight about her past relationship with Sjava and detailed the events that led to her laying rape charges against him.

In the video, the 33-year-old award-winning songstress stated that she is a private person and normally she wouldn’t share what happens in her private life with the public however, because of the nature of her situation, she sat down with her legal team and they have decided to set the record straight with regards to her allegations and past relationship with the Umama singer.

“I never wanted to open a case, but sometimes everything that you do in your power is not enough. Justice has to be served at some point. There is still a case opened, it has not been closed, I have not retracted in any way or form,” she said.

“Let me be clear: it’s a rape case. The rape is of 2017, September it took place in Limpopo. I won’t go into every little detail, but I will give you guys some insight,” Lady Zamar said.

She said that she was asked out by Sjava on her birthday, 19 June, in 2017 after having met the previous month.

“I was intrigued, I do not remember what he said to me specifically. But the next day I was sent text message saying, ‘I love you’. July of the same year, I was called by him, telling me about some woman in his life, I say some woman not with any type of disrespect. He said to me there was a woman in his life, I wasn’t sure why he was telling me because it wasn’t my concern since I haven’t really seen him.”

According to the Collide singer, their relationship had not fully developed into an actual serious romantic one, but they were still at the getting-to-know-each-other stage.

She says during this time she was trying to get to know someone else, emphasising that her relationship with Sjava was not sexual and that there had never been discussions of having sex with each other. She went on to speak about the festival they attended together and how the alleged rape took place.

“That morning, we were making out, kissing, he had invited me into his hotel room. We had never been alone together, while this was happening, suddenly this person starts taking off my clothes and he raped me I couldn’t fight because I was in stitches,” she said.

Lady Zamar speaks on her relation with Sjava (Jabulani)

“I hated him and, in that moment, I was afraid of him. I do not know how he has treated other people, but he is a rapist to me. We ended up breaking up because to me that moment was most confusing thing, like what do I do now? No one has ever violated me before,” she said.

However, Sjava has denied the allegations.

“I am not a rapist. I have for years been advocating for abuse of any kind, any shape or form, be it women or children abuse, even alcohol abuse,” he said in his own video.

We live in a world where facts and fiction get blurred
In times of uncertainty you need journalism you can trust. For 14 free days, you can have access to a world of in-depth analyses, investigative journalism, top opinions and a range of features. Journalism strengthens democracy. Invest in the future today. Thereafter you will be billed R75 per month. You can cancel anytime and if you cancel within 14 days you won't be billed.
Subscribe to News24
Related Links
Sjava breaks his silence on Lady Zamar allegations – “I’ve never raped anyone or hit any female”
Lady Zamar is doing better than ever during lockdown – and this is why
Why Lady Zamar won’t be wearing any makeup during lockdown
Next on Drum
Our favourite looks from Bontle Modiselle's time in Hollywood