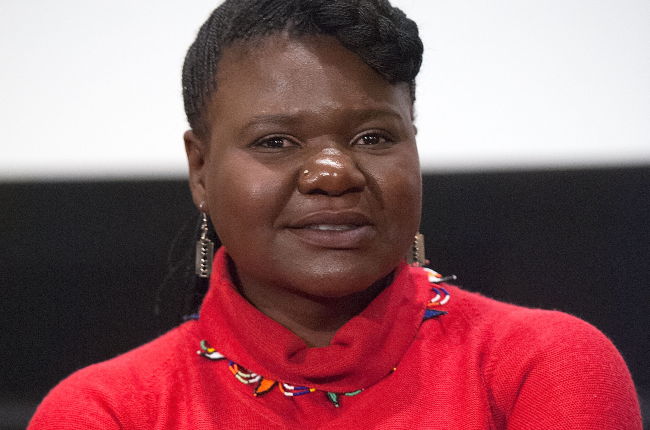 The Lockdown actress died in her sleep just days after celebrating her 44th birthday.

"It is with heavy hearts and unimaginable sadness that we bring you the news of Lindiwe Thembekani Ndlovu’s passing in her home this morning 11th January.  Her bright, large burning light has gone out and we are devastated to bring you this sad news," her representatives, Gaenor Artiste Management said in a statement.

"To us Lindiwe was family but to many she was so much more.  An unsung incredible actress who will leave a huge space in the creative world of acting.  Her incredible passion, deep respect for her craft and unrivalled commitment to her career evident in every project she took on."

The Safta award winning actress was known for her roles in Lockdown, Isono, Home Affairs and many others.

"Her career has been long and full of industry accolades and performances. By far her greatest achievement was receiving her SAFTA Award, which was presented to her by the incredible American actor Samuel L Jackson, which she received for Best Actress in a Feature film.

"Lindiwe’s love for the stage is reflected in the many productions she gave her heart and soul to.  A large number of them being performed at the Market Theatre, to which she had strong ties with her entire career, even spending her younger days completing two years of studies there.  From a TV and film production aspect, there are too many of her roles to mention, each of them giving herself into the character and process heart and soul.

" What we will remember most is her love and unwavering dedication to her friends and family. She had a larger than life presence that was undeniably infectious to those who loved her. Our thoughts and prayers go out to her family and friends of which she had many. Lindiwe was part of the fabric of Gaenor Artist Management and things will not be the same without her," her manager said.

We live in a world where facts and fiction get blurred
In times of uncertainty you need journalism you can trust. For only R75 per month, you have access to a world of in-depth analyses, investigative journalism, top opinions and a range of features. Journalism strengthens democracy. Invest in the future today.
Subscribe to News24
Related Links
Lorcia Cooper on Lockdown
Tributes pour in after death of Gospel artist Israel Mosehla
Next on Drum
Prince Kaybee on a winning streak