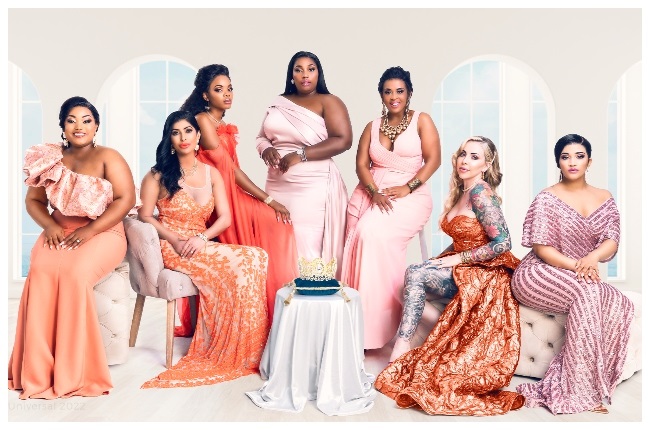 The Real Housewives of Durban reality show is coming back for a new season.
Supplied

They are rich, glamourous and sometimes, they can be a little mean. But South Africans absolutely love them.

And now they are back for a new season, with some new faces joining the crew. The Real Housewives of Durban is coming back for a season two.

Thobile MaKhumalo Mseleku, Londie London,  and Jojo Robinson will join Nonkanyiso Conco,  Nonku Williams, Sorisha Naidoo and Annie Ludick, who will be returning for season 2 along with Mabusi Seme.

MaKhumalo is married to popular polygamist Musa Mseleku and she's been in the public eye for years. The polygamist's family have a reality show, Uthando Nes'thembu and she's also a radio personality on Vuma FM and a motivational speaker.

Read more | Nonku Williams on the ups, downs and shocks of the Real Housewives of Durban

She decided to join the The Real Housewives of Durban to bring out her individuality more. “Many people know me from Uthando Nes'thembu, and they haven't had the opportunity to know and understand Thobile as an individual,” she says. “Wherever I go, I'm always associated with the family I'm married into, which is not a bad thing and is not something I have a problem with. However, I do have a life outside of the whole family.”

She was also motivated by a need to find other women like her. “I need people that I can mingle with, people who inspire me and make sense to me,” she says. “I’ve already seen these women do things for themselves, which is inspiring. They are self-driven like I am."

The reality show will be back on 28 January on Showmax, with new episodes every Friday.

Londie decided to join the show after her return to Durban. She's now a wife to businessman Hlubi Nkosi and mom to a ten-month-old baby boy, Uminathi.

“Since I've become a wife, and a mother, I thought it would be a great idea for the public to see how I’m rebranding myself,” says the musician, actress and jewellery designer. “People know me as this sexy singer and I feel like they don't really know my personality and what I'm about outside of the entertainment industry."

Jojo Robinson is a tattoo fanatic and artist, who is married to Durban businessman and former South African kickboxing champion Calven Robinson. They have a six-year-old son, Rocco.

“I decided to join this season because I wanted to give a new perspective on the tattooed community. Often people have assumptions about people with tattoos and I wanted to flip that around and show everyone that you should never judge a book by its cover," she says.

"I also always wanted to do something in TV and thought this would be a good way to kick-start that. I love doing things that are out of my comfort zone, and I think this was the perfect space for self-growth and to create new friendships. It's time to make the circle bigger, baby. And bring a little sugar and spice to an already amazing group of women."

South Africans are so invested in the show that they spent the whole day guessing when Showmax released a picture of the cast members, with the new women's faces half covered.

LaConco, who trended more than once during the first season, is back.

“I’m coming back for the same reason I joined the show when it started and more. There have been a lot of misconceptions about me, especially about the father of my child. People don’t know me, but they have so many opinions, very negative opinions. However, since my appearance on the show – and when people see me in public – they acknowledge how their notions about me were so wrong.

“I’d also like to add that I’m a very spiritual person. God has been the driving force in this entire experience because leading up to even the first season, everything happened so quickly. I wasn’t even sure about this, but when the moment came to make a decision, everything just fell into place. I remember being so emotional when speaking to the psychologist provided by production – a year ago my situation was so different in comparison to now," she says.