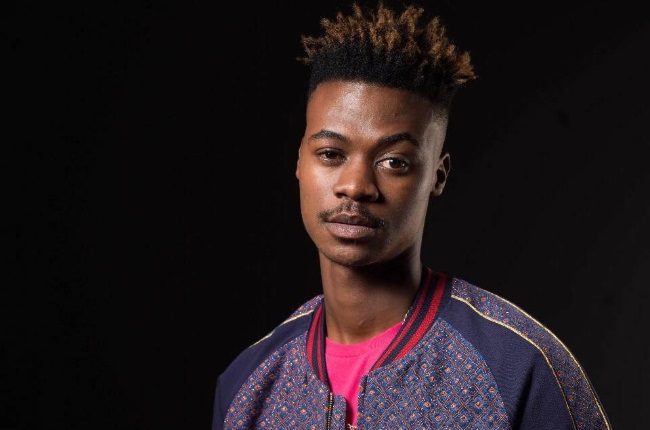 It took a few wrong turns for Mlindo to realise that as an artist you need to remain disciplined at all times.
Supplied

He is currently touring all nine provinces and Namibia with his music mentor Sjava.

The tour starts in the Eastern Cape on 27 August and will go where the road takes them.

Lindokuhle “Mlindo” Mgedezi (26) has only been in the limelight for less than five years yet he has become a household name.

He and Sjava have been close ever since his career began when his videos of him singing with his brother went viral on social media.

“I started posting videos on social media singing with my brother in December 2017 and it got the attention of people like Sjava who asked to work with me. I performed at his one-man show, and we made great music together. So, he was the perfect candidate to go on a tour with around the country,” Mlindo says.

When his social media videos went viral, it only made sense to release an album and in 2018, he dropped Emakhaya and gained even more fame.

But since then, he has made headlines for all the wrong reasons.

His career took a sharp turn when he relocated to Johannesburg to pursue his career following his album release.

“Joburg showed me flames,” he says.

The last two years of his five-year career have been difficult.

“I have spent the last three years in the studio, partly frustrated, making loads of music but not releasing. Then Covid-19 hit but it allowed me to fix my life,” Mlindo says.

In 2019, he got into four car accidents and was involved in an incident where he fell off the stage during a performance. But looking back, Mlindo now understands why all those incidents happened to him.

“My life has been a mess because I have been delaying some rituals that needed to be done for my ancestors,” he says. “My ancestors were trying to get my attention in every way possible.”

When he released his first project, Mlindo believes he was in tune with his spirituality, but somehow lost himself in the fame.

“When I was working on my first project; I fasted, prayed, I did not go clubbing, unless I had a performance. I made music in one studio and did not use other people’s studios. I limited my alcohol consumption and smoking, and I was in tune with my spirituality,” he says.

“But when the album came out, I became an overnight star and everyone wanted a piece of me and I lost myself,” he says.

“On one hand I was dealing with family issues. Fame came at a time when I needed to focus on traditional family ceremonies that my family had neglected. I was entrusted with the responsibility and I neglected that when the fame and money came,” he says.

And things just kept getting worse.

“All these horrible things started happening as a result of me neglecting family. I became depressed, I turned to alcohol and drank almost every day. There was not a single club in Joburg that didn’t know me by name. I was always impressing friends and the last straw was when I had four accidents that almost killed me in the space of four months,” he says.

“I got a wake-up call the day I fell on stage and I realised that I needed help.”

Mlindo went back home to deal with some of the issues that were affecting him and his family.

“I’m not a sangoma, but I there were some family rituals that needed my attention and I had neglected my duties,” he says.

He is in the process of "sorting out his life" and Mlindo is taking things one step at a time.

“It’s a journey. At least I am learning to be disciplined again. I limit my drinking, put family first, and have learned not to be too hard on myself. I am still young and at least I got a second chance to live and be able to fix my life,” Mlindo says.

The biggest lesson he has learned is to focus on his dream.

“Focus is key. Appreciating what I’ve been given, which is the gift of music. Choosing friends wisely has been another lesson. Because I was hanging out with party people who were not real friends,” he says.

“I was paying for everything, borrowing people my cars and belongings and having to deal with consequences,” he adds. Although he was sending money home, he did not prioritise his family.

“I was not present, because most of the time I was gigging. Knowing that I was providing was enough and I never made time to go home, and I had to learn the hard way.”

Mlindo is in the process of finishing off his EP, Umthandazo due for release sometime this year. In the 9-track project, he features Sjava, Ami Faku, BonganiSax, Makhafula Vilakazi to name a few.

“I cannot wait for people to hear my new music and for me to rewrite my story.”

We live in a world where facts and fiction get blurred
In times of uncertainty you need journalism you can trust. For only R75 per month, you have access to a world of in-depth analyses, investigative journalism, top opinions and a range of features. Journalism strengthens democracy. Invest in the future today.
Subscribe to News24
Related Links
Kabelo Mabalane on his new music - 'I have been in the studio throughout the year'
Rising star | Amapiano muso Aymos on his debut album and how the pandemic hit at the peak of his...
Khaya Mthethwa on new music, raising his son and living without compromise – 'The pandemic made...
Next on Drum
'I missed being on set' - Lusanda Mbane on her TV return