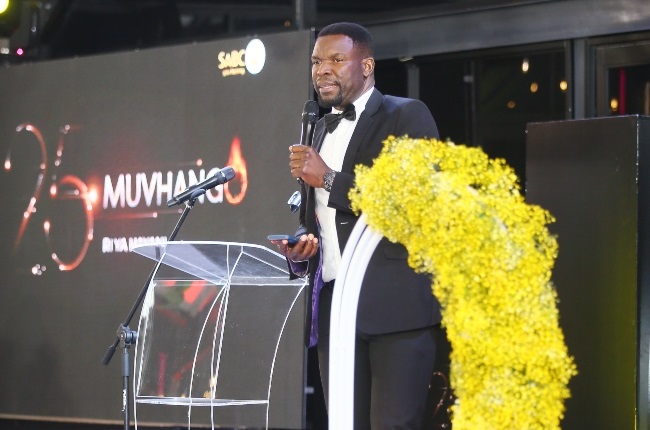 They've seen their beloved TV family grow from strength to strength. It's been drama after drama with the royal family and there's been no lack of entertainment with the rest of the storylines.

It's been 25 years of Muvhango and to celebrate, the cast and crew went home. Fans beamed with pride as the cast members of Muvhango paraded the streets of Thohoyandou in a homecoming celebration before heading to Kalahari Waterfront for a gala dinner which was broadcast live.

The event was hosted by the long-standing actress of the show, Maumela “Suzan’ Mahuwa.

They were taking it back to where it began, with Lesley Musina, who plays Ndalamo, reflecting back on some of his best moments with the show.

It took blood, sweats and tears here and there, but he is glad to be part of the show. He also admits that he is still amazed by how the soapie started.

“It was supposed to play for only one season with 13 episodes. But at the end of it the viewers were clamouring for more. So, it feels amazing being part of it, and I think I came through when it was at its peak because that’s where we got the highest viewership.”

Lesley got his first acting gig on Muvhango. He says he auditioned for a small role before he was screen tested for playing Ndalamo.

“This is the show that launched me, it put me on the map and I am still continuing doing what I am doing because of the show.”

“It was two things for me; what happened is I auditioned for a smaller Sepedi speaking character, and then I got it and started shooting for about two weeks. Then, Bab’Duma came to the studio one day but did not tell me what was going on; it was while we were shooting, he just said ‘go upstairs there’s someone waiting for you, in the wardrobe department.' When I got there, a tailor-made tuxedo was waiting for me.” He says he hardly wore suits but was forced by his character, after he took over from the late Mutodi Nesheshe. “I started wearing suits because of Ndalamo, and I still rock them even today. I told Bab’Duma that ‘you got me into this.’

"Yes, I used to wear suits – but not three-pieces suits. So I came back downstairs in that tuxedo, and then I was given different scenarios. I realised that they wanted to do a screen test, and incidentally it was with Sindi Dlathu who used to play Thandaza at the time. Then the rest is history.”

On the hand Gabriel Temudzani was excited about the reception of his fellow TshiVenda speaking people while parading at Thavhani Mall. He says that this validated the stance that “home will always welcome you nonetheless”.

“The homecoming that we have embarked on is a journey of reflection but also to reconnect with our genesis, spirituality and home. It is a journey that is filled with emotions.

"But there is one thing very phenomenal that I have come across in this journey, which is you can go out and make it big and be nice but at the end of the day you need to come home. And here we are, we have come home.

“And being at home and welcomed in this manner and fashion gives one a deep sense of humbleness and joy to say that everybody can reject you, but home will always welcome you nonetheless. It is so pleasing,” he adds.

The chief executive officer of the production, Mandla Ka Nozulu, says they hope to celebrate yet another 25 years of Muvhango.

“It has been such an honour for us as Word of Mouth pictures, to have seen this child grow.

"And it started as a 13-episode proposal that was taken to the SABC. They saw value and as a useful tool to implement an important government policy of representation and developing all the cultures and languages.”

The creator of the show, Duma Ka Ndlovu, expressed his gratitude while addressing the crowds. He says he was overwhelmed by how the people in Venda received their return to home.

“My voice is gone because I am in shock of the reception that we have received by coming back home. But I’ve also been in awe just watching home welcome us.

"I’ve also been sitting here going down memory lane and being reminded of why Muvhango made it in the first place.

“We are here. We are back home to say this is where we belong, this is what Muvhango is about.”

We live in a world where facts and fiction get blurred
In times of uncertainty you need journalism you can trust. For 14 free days, you can have access to a world of in-depth analyses, investigative journalism, top opinions and a range of features. Journalism strengthens democracy. Invest in the future today. Thereafter you will be billed R75 per month. You can cancel anytime and if you cancel within 14 days you won't be billed.
Subscribe to News24
Next on Drum
Lady Zamar launches her first children’s book