Nasty C tells us about his new 20-track album 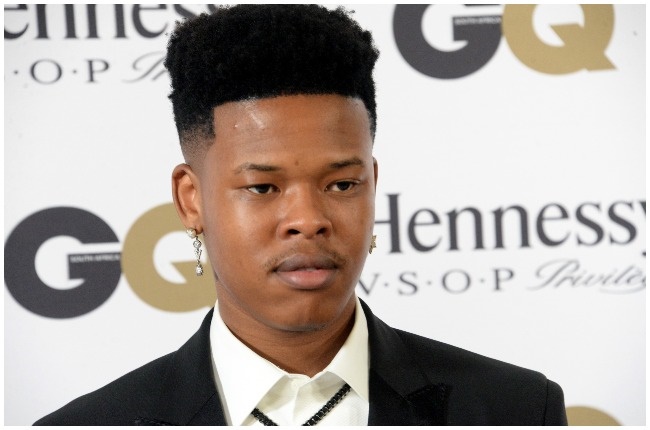 It’s out. After months of waiting, he’s finally dropped a new album under Def Jam Recordings.

Nasty C, real name Nsikayesizwe David Junior Ngcobo, tells us what this new album, Zulu Man with Some Power, means to him.

“I’m very excited, I’ve been working on this for quite some time and I’m very proud of it. I can’t wait for my fans to hear it,” he tells DRUM.

“This is a breath of fresh air, and different .”

Five songs were released before and now the rest of the 20-track album is available.

Since his sophomore album, Nasty C’s fans have been urging him to rap in his mother tongue, isiZulu. He has finally delivered.

The song Zulu Man was the fifth track that dropped from the rapper’s third studio album.

“The song is really about the struggles that I went through growing as an artist and not having the support that I wish I had from my parents and my neighbourhood so I’m really going back to the real story of how it [achieving our dreams] really happened.

“Me and my best friend were looked at [as] crazy people for having the goals that we had. Especially coming from the place that we come from, and if you’re from there and you’re a big dreamer, you’re looked at as if you’re stupid,” the Soweto-born rapper says.

This is one of the songs that signals a “return” to the Durban-raised star’s roots, not only through rapping in isiZulu but also by affirming a past experience that shaped his becoming.

Nasty C has always been open about how he grew up listening to international rappers such as Lil Wayne and T.I., and it was then, at the age of 9, that he was inspired to pen his own rhymes.

“The features are mostly purely based on who fits the song better, I don’t think of anything beyond that,” he says.

The rapper shared that he is grateful for the musical relationship he shares with Tellaman and Rowlene.

“Whenever I create a song and I have them in mind, when I send it to them, they do exactly what I expect them to do and they deliver.”

The rapper’s collabs with Rowlene, SMA and I Need You, both featured in the Netflix Series Blood & Water, where he also made his acting debut.

“The international features all just came at their own time. They hear about me, a person reaches out and BOOM, it’s done,” the 23-year-old says.

The record doesn’t have a specific theme, he says, but the central idea carried throughout is that of being the “king of your own universe”.

“Like a thread of just me being a Zulu man. In some of the songs, I sometimes make some references that not only Zulu people but also those who know about the culture would understand.

“I also try to make people understand the importance of being the king of your own universe. And really doing what you’re doing passionately and 100% for you.

“One thing I always try to tell artists is too keep their heads up. I have constantly proven that whatever people think about your craft doesn’t really mean anything.”

We live in a world where facts and fiction get blurred
In times of uncertainty you need journalism you can trust. For 14 free days, you can have access to a world of in-depth analyses, investigative journalism, top opinions and a range of features. Journalism strengthens democracy. Invest in the future today. Thereafter you will be billed R75 per month. You can cancel anytime and if you cancel within 14 days you won't be billed.
Subscribe to News24
Related Links
Nasty C wants to be a billionaire by age 35 – this is how he plans to do it
Rapper Nasty C makes his acting debut in Netflix’s 'Blood & Water'
WATCH IT HERE: YouTube 'Stay Home with Me' concert line-up filled with local favourites
Next on Drum
Sithelo Shozi travels to Turkey for a Brazilian butt lift and liposuction