Onwards and upwards for Bonko Khoza as he leaves The Wife 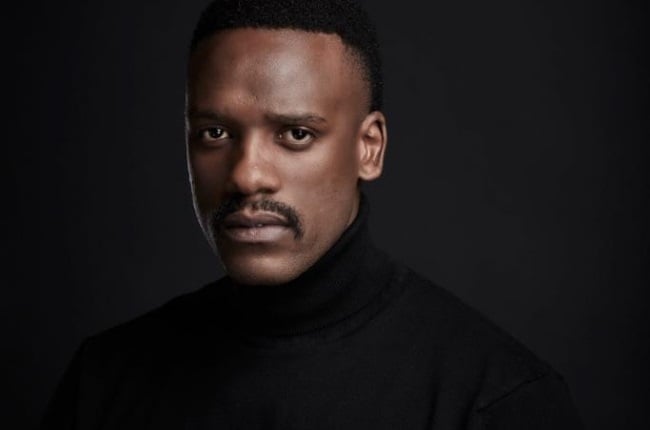 He’s known as the ice-cream loving taxi driver who had South African ladies willing to risk it all and head to their nearest taxi ranks looking for yellow taxis in the hopes of being charmed by a Zulu man.

Bonko Khoza was the man behind Mqhele Zulu on Showmax’s hit telenovela, The Wife. The channel has now announced that Bonko will not be returning for season three of the show, which is set to return to the screens later in the year.

Speaking to Drum exclusively after the announcement, Bonko says  being on The Wife allowed him an opportunity to learn from industry greats.

“I’m super grateful to have been part of this experience. I found myself amongst people I could’ve only dreamt to be in the same room as. I had the opportunity to learn from and play with the greatest this country has to offer, and I’m honoured to have done the work that we’ve done in season one and two.

“I’m grateful for my colleagues we went to war together, for the amazing crew that worked tirelessly to make us look good and really grateful for Stained Glass & Showmax for giving me a shot to express my gift. My biggest take-away with The Wife is that South Africa is ripe and ready to deliver world class content with our own original stories.”

His real-life wife, Lesego is an actor too. Bonko is incredibly proud of her as she was one of the cast members on Netflix’s Justice Served, starring Hlomla Dandala.

“I am extremely proud. It’s not easy to be an actor so I’m really proud of her resilience and ambition and how she continues to make strides in the space in her own unique way. Lesego is definitely a force to be reckoned with.”

Where to next for Bonko?

Bonko, who recently turned 31, says he is going to be focusing on taking his craft to the next level.

“I’m going to continue to push myself to do the best work that I can. I hope to continue taking on compelling work that pushes boundaries just like The Wife.”

“Stained Glass, the production company behind The Wife, has confirmed that Bonko Khoza, who played Mqhele in the first two seasons, isn’t returning in Season 3 of the record-breaking, Twitter-topping Showmax Original telenovela. They’re currently casting for his replacement,” the channel said in a statement announcement.

Series producer Kamogelo Aphane says it is expected that fans will find it hard to adjust to the new Mqhele.

Read more | Meet Sipho Ndlovu the man behind Sambulo, the quiet Zulu brother on The Wife

“We know fans are going to find it hard to let go of their picture of Mqhele as Bonko, just as they found it hard, when he was first cast, to let go of the bug-eyed Mqhele they had pictured from the book

“But The Wife has shown that when you go looking for new talent in South Africa, you find it. So we encourage the 5am club to open up their hearts to the next Mqhele, and help us continue to open up the industry.”

Bonko has become a household name during The Wife’s run, hailed as “the national husband” by fans and nominated for DStv Mzansi Viewers’ Choice and SAFTA Awards for the role.

“Having had the privilege to play Mqhele Zulu for two seasons, I realise I’ve taken the character as far as I can,” he says.

“I’m part of finding the perfect replacement and will be watching from the sidelines to support and offer advice where needed. I know that the actor who takes over will build from where I left off, so I’m looking forward to joining the 5am club to see how the incredible love stories between the brothers and their wives play out this season. It’s not often that a show this powerful comes into the world, so we should continue to champion and encourage the talented people who will take us forward in season three.”

Bonko’s exit comes after it was announced that stars like Zikhona Sodlaka will not be returning for season three.