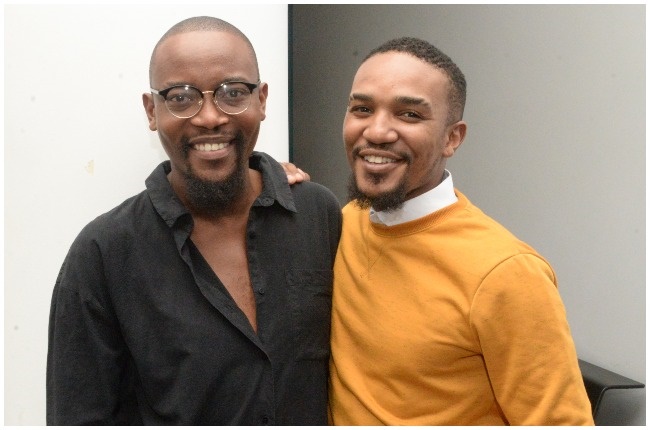 He just released a song all about the pain of heartbreak. It had South Africans in their feels, commiserating with him and wondering if it was about his break up with Moshe Ndiki.

Then Phelo Bala shocked fans and followers when he took to social media to basically lay his heart at Moshe's feet.

Phelo tweeted a picture of himself and Moshe with the caption "I miss you @MosheNdiki" and quoted the tweet with "Khani thetheni guys..." (please speak guys). Moshe liked the tweet.

Fans are certain it's a stunt with some saying the two are already back together.

The former IT couple had a messy break up which included abuse allegations and even police involvement.

A few weeks after the break up, Phelo posted a picture with industry make-up artist Vuyo Varoyi which had fans wondering if he was the new man in Phelo's life.

Moshe also moved on and is expecting his first child through a surrogate. He's got more things on the horizon to share, he told Drum.

We live in a world where facts and fiction get blurred
In times of uncertainty you need journalism you can trust. For 14 free days, you can have access to a world of in-depth analyses, investigative journalism, top opinions and a range of features. Journalism strengthens democracy. Invest in the future today. Thereafter you will be billed R75 per month. You can cancel anytime and if you cancel within 14 days you won't be billed.
Subscribe to News24
Related Links
"I want a whole soccer team of children": Moshe Ndiki on his journey to becoming a dad
Phelo Bala deletes pictures of Moshe Ndiki as the pair unfollow each other
MOSHE NDIKI MOERS PHELO BALA!
Next on Drum
‘God for us. Guluva for himself’ – Redemption actor Sparky Xulu talks about new role