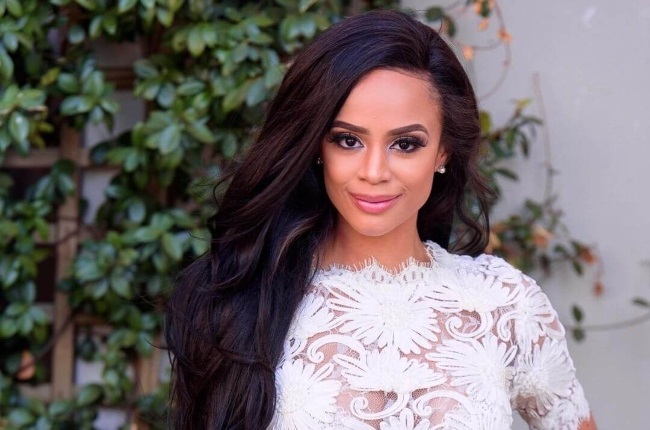 Naledi Willers had undergone chemotherapy and fought until the end.
RHOJ/Supplied

She thought she was winning the two year battle against breast cancer and was on a road to recovery. But the family of Real Housewives of Johannesburg season one star, Naledi Willers say she has lost the fight.

Naledi’s cousin and best friend Boitumelo Ketso confirmed to Drum that she passed on in the evening on 7 December.

“But I can’t give details of what happened just yet. Her mom is still coming to terms with the news and the family spokesperson will keep everyone updated,” she tells Drum.

Last year, Naledi took to social media to speak openly about her battle with breast cancer.

“If I look like I've just been through a war, it's because I have. On 29 Nov. 2019 I was diagnosed with stage two triple-negative breast cancer. This was also the day I wrote the last exam of my law degree while waiting for the call bearing my results,” she told her followers.

“I spent the past short while posting pictures taken around this time last year so I can show what a difference a year makes, and also to say that through all those changes. I'm still here. Still, fighting? Does the fight for survival ever end? I choose to say, still healing, still improving. Every day I draw another breath, still winning.”

While fighting her battle, the Covid-19 pandemic caused more fear.

“The world buckled down and braced for the impact of Covid-19 while each day I was terrified that an encounter with the virus while on chemotherapy could result in my death due to my compromised immune system. In truth, the lockdown also offered me shelter to go through all I have and still am going through the public eye. Life is what you make it and we choose how to look at things. This is how I chose to look at my reality,” she wrote.

Naledi made it her duty to speak about her journey and share with other women like her.

“While it may not be my life's only interest, it has certainly become one of my primary goals to be a voice of awareness, information, and change in the silent but gruesome battle women face against this brutal disease. I want to lift the veil of secrecy and quiet suffering for it is that concealing of information that invariably leads to the mortality of so many.”

“In this message, I cannot fail to mention those who have held me up both physically and emotionally through this time: Babalwa Mneno for opening her home, heart, and family to myself and my mother. For never leaving my side. Zibanani ‘Oneal’ Madumo for being more than any label can ever encompass since we met twelve years ago, but my brother and best friend through it all. My doctors: Prof. Carol-Ann Benn, Dr. Ronwyn van Eeden, Dr. Barend van den Bergh, and Dr. Dino Chetty as well as all staff at the various facilities I have been treated at who are still on the journey with me. Thank you. You are titans that walk the earth. My name is Naledi Willers. Breast cancer survivor among so much else. But for now, you can call me Nalegend.”

While on a road to recovery, Naledi received much support from friends and social media followers.

“I want to thank everyone who commented and showed such heartfelt support on my 'coming out' post. I read every comment and couldn't fight back the tears each time. It's been such a humbling experience to receive such a positive response to what my life’s biggest test has been thus far. To my personal friends and those with whom I only get to interact on this platform alike: thank you. You have all breathed strength into my soul,” she wrote.

Naledi’s treatment made led her to gain weight while fighting cancer.

“The current treatment protocols include steroids to avoid an allergic reaction to the drugs and even the body attacking itself... this leads to weight gain. Along with my weight gain, I lost muscle mass and my skin lost its 'youthful' texture and elasticity. This is body image talk, nobody ever prepares you for walking around feeling like you're stuck in someone else's body. For feeling frustrated when you've gained so much weight your pants, jeans, and other clothes simply do not fit.”

She advised women who were going through the same to stay strong.

“To other women silently judging themselves for hurting about this while going through or after treatment: you are not crazy or ungrateful just because this happens as a result of life-saving interventions. You deserve to feel and look your best and more importantly like a woman, and whole. It's okay to yearn for your version of normal, it's in small details like that that we find comfort and when they're taken away on top of everything else it's easy to lose resolve.”

Read more l You’re not imaging it – you're ‘turning into’ your parent. A psychologist explains how this happens

“I personally can’t believe she is gone. She was such a fighter that I somehow thought she’s conquered and come to the other side being a survivor. However, God always has other plans."

She announced on her Instagram and said they were "permanently separated".

"I wish to announce that Quinton Masina and I are no longer in a relationship. As it has been a public one to a certain degree, I feel it fitting to formally announce that we have ended things, permanently separated, and are no longer staying together."

We live in a world where facts and fiction get blurred
In times of uncertainty you need journalism you can trust. For only R75 per month, you have access to a world of in-depth analyses, investigative journalism, top opinions and a range of features. Journalism strengthens democracy. Invest in the future today.
Subscribe to News24
Related Links
20 years after Nkosi Johnson’s death – are we winning the war against HIV on this World Aids Day?
Connie Ferguson remembers Shona on their 20th wedding anniversary - 'Today I am not ok'
Virgil Abloh — his life, death and immeasurable influence on global fashion
Next on Drum
Hlomla Dandala on Patrick Shai’s death - ‘Cancel culture killed him’