REVIEW | How To Ruin Christmas: The Wedding 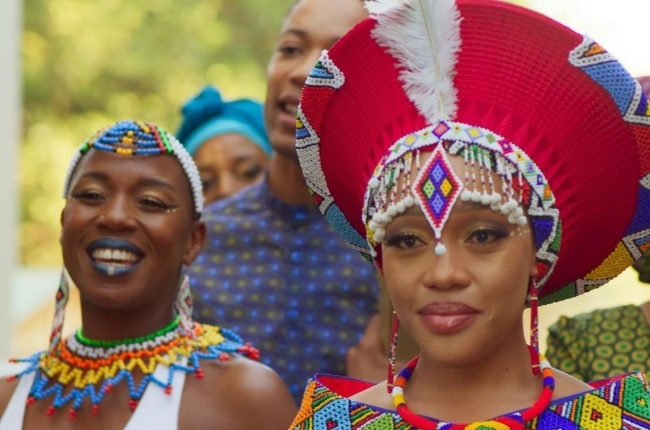 How to ruin Christmas:Th wedding is now available on Netflix.
Netflix

Where to watch it: Netflix

South African Netflix original three-part series ‘How to ruin Christmas: The wedding’ follows the tale of two families who are about to get joined together through a wedding.

Plans are in place for an extravagant wedding that is supposed to take South Africa by storm and then the worst happens. Family drama hits them where it hurts the most and the Sello's and the Twalas just can't seem to get it together.

It all starts with the arrival of the black sheep of the family, Boitumelo (Tumi) Sello played by Busi Lurayi who lives an unconventional lifestyle compared to that of the women in her family.
She is openly flawed yet she is full of life and love but has a complicated relationship with her mother.

Her younger sister Beauty Sello played by Thando Thabethe is the sweet daughter who is about to cement herself as the favorite of her mother by getting married, always doing things by ‘the book’. Beauty is about to get married to the son of a rich minister, however a fall-out with the in-laws and a shocking secret leads to her plans not unfolding  as she had hoped, however the two families find common ground on Christmas Day.

What we thought about it

There's the cool aunt who's always ready to party. That uncle who loves his special drink and thinks slaughtering will solve all problems and the much respected older sibling who knows all the secrets.

No, it's not your family, it's Tumi's dysfunctional one on How to ruin Christmas: The Wedding.

The three part series is layered with many themes such as the complicated mother and daughter relationship between Tumi and her mother, sexuality, fertility and the different facets of black families that we see through the two families, one being wealthy while the other is middle class. The conflict between the two families comes from the separate lifestyles they live.

What was supposed to be a beautiful three-day Christmas wedding turns into a disaster when drama breaks out between the Sello and Twala family, and the person at the center of it all is Tumi Sello, the brides eldest sister.

It takes you through the funny side of each family as they navigate through the complexities of trying to get ready for "the wedding of the century".

What was also beautiful was the significant roles the uncles played in the series, yes they have their own ways but their roles in each family are so important and that is what the series was able to highlight.

Minister Twala is obsessed with his public image and what people think of him while Mrs Twala is more concerned with finding her son a girl to marry that comes from wealth and a family structure like her own.

The series also explores some of the 'taboo' topics in some families which include sexuality and infertility.

The seasoned actors gave stellar performances, it was like watching your own family through the screen, the drama, the chaos but most importantly the memories and beautiful moments that each family shares reflected the crazy Christmas experience that all families go through.

The series did miss an opportunity to further indulge the audience on the fertility issues faced by Themba Twala and his wife and give us a closer look at what the real issues were within that relationship, but overall the series was beautiful to watch as Sbu and Beauty eventually received their fairytale, Christmas wedding.

We live in a world where facts and fiction get blurred
In times of uncertainty you need journalism you can trust. For only R75 per month, you have access to a world of in-depth analyses, investigative journalism, top opinions and a range of features. Journalism strengthens democracy. Invest in the future today.
Subscribe to News24
Related Links
REVIEW | Kings of Joburg
REVIEW | The “Being” series by Qarnita Loxton
REVIEW | Black Leopard, Red Wolf by Marlon James
Next on Drum
7 amazing looks from former Miss Universe Zozibini Tunzi