Real Housewives of Johannesburg star and businesswoman Brinnette Seopela has found love again in the arms of a Durban businessman.
Supplied

She has been very open about her divorce, moving on, finding her feet again, and starting a new life.

Real Housewives of Johannesburg star and businesswoman Brinnette Seopela announced her divorce from ex-husband Themba Gezane only after being married for five months.

The Soweto-born radio host has since put her old marriage woes behind her, moved on and found love again.

Her Instagram stories have been flooded with messages of congratulations from close friends and fans.

A close friend to Brinnette confirmed that she has indeed moved on with a Durban-based businessman and he paid lobola for her.

“Technically they are married. He is based in KZN and they had a family gathering after lobola negations this past weekend," the friend says.

Speaking briefly to Drum this week, Brinnette said the ceremony was not a wedding but an introduction of families to each other.

“It was not a wedding. Our families just met.”

She’s not yet ready to open up about her new relationship and wants to protect her space but says she has indeed moved on.

“When the time is right, I will open up,” she says. 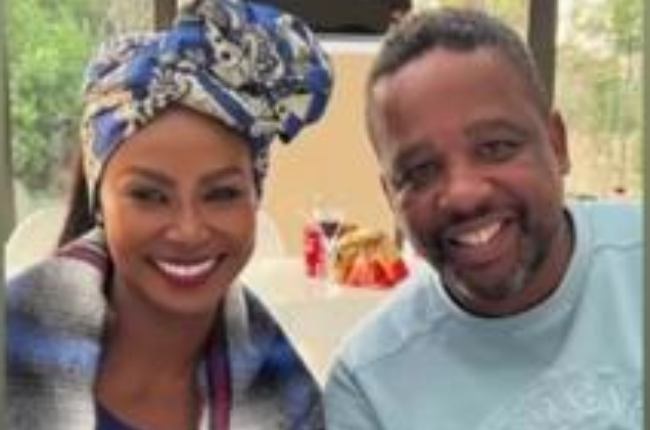 Brinnette Seopela with a family member after her lobola negotiations.
Drum Supplied

In a previous interview with Drum magazine, Brinnette opened up about alleged abuse she endured in her first marriage with businessman Themba Gezane who had proposed after 100 days of dating during a romantic getaway.

Brinnette said that Themba abused her just days into their marriage. She met Themba through Instagram and later met face to face on his birthday in May 2015 and they started dating in May 2017.

“We had just come back from our honeymoon in New York, and we had an argument,” she told Drum following their split.

“I went to work but because I was still stressed. I called two of my friends and we had lunch. At around 7pm, my one friend said he was making dinner, so I decided to go with him.

"Themba knew him and knew I was with him because I video-called him earlier, showing him where I was and who I was with.”

Things changed when she got back home, Brinnette alleged. “He wasn’t himself.

"When I got into bed, he started a fight with me and shoved me out of bed. He screamed hurtful things at me and told me to get out of his house and that he wants a divorce. It was as if he was fighting with another man.

“He continued to punch and kick me. Eventually, he got on top of me and strangled me. I remember thinking, in my tipsy state, ‘This guy is going to kill me if I don’t do something. So, I kicked his private part to stop him.”

We live in a world where facts and fiction get blurred
In times of uncertainty you need journalism you can trust. For 14 free days, you can have access to a world of in-depth analyses, investigative journalism, top opinions and a range of features. Journalism strengthens democracy. Invest in the future today. Thereafter you will be billed R75 per month. You can cancel anytime and if you cancel within 14 days you won't be billed.
Subscribe to News24
Related Links
‘I love you my husband dearly’ - Asanda Foji’s three-day traditional marriage ceremony
PICS | Inside Itumeleng and Sphelele Khune’s traditional wedding
‘I had no intention of being famous’ – Lorcia Cooper-Khumalo on the cult of celebrity and...
Next on Drum
Emmys give Kim Engelbrecht a nod for her role on MNet's hit drama series, Reyka