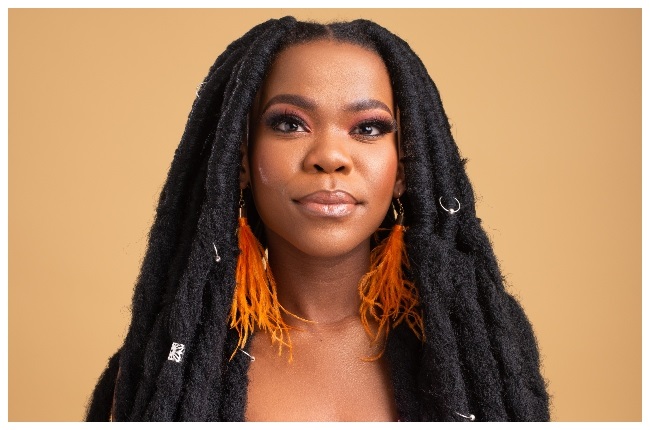 She didn't know she would blow up this early in the entertainment industry.

But she's not complaining. She's been building up to this for years and is ready to reap the rewards. She started singing when she was six and there wasn't a school concert or church competition that she wouldn't enter.

That helped her become the artist she is today, someone who's often described as soulful with the power to make every song sound spiritual.

Nomfundo Ngcobo (21)  popularly known as Nomfundo Moh, is gearing for the release of her much-anticipated debut album, and she looks forward to sharing her gift with the rest of South Africa.

“My love for music grew stronger the older I got, and I started writing my own music at the age of 16, I wanted to test if I had song writing potential and I haven’t looked back ever since.”

She's a woman of many talents. Nomfundo is a qualified social worker who graduated from the University of KwaZulu-Natal and is also a songstress that has had multiple hits.

She says that the artists that have influenced her musical journey and sound are women such as the late Brenda Fassie, Amanda Black, Ami Faku and Simmy. She drew a lot of inspiration from their music.

Nomfundo has released hit singles such as Umthwalo, Lilizela and the much-loved Phakade Lami which featured Ami Faku and Sha Sha and it blew South Africans away. The song soon prompted couples to post each other in celebration of their love.

She is now ready to release her debut album, Amagama that will be launched on 28 January. As a young artist. it has been her wildest dream to release a body of work especially now that she is signed under musical giant, Universal Music Records.

“I didn’t expect to blow up in a short space of time although I did know that I would do good. Working on the album was so much fun. I started working on the album late 2020 and I finished it early last year and I have been waiting for the right time to release it. Amagama was inspired by everyone who has believed in me from day one and basically has two meanings. I titled it Amagama because in it I used my words to show my creativity and song writing skills but also because I’m short of words to thank everyone (Ngiswele amagama okubonga).”

In this album she says that she has tried to cater to all people by having influences of Gospel, Maskandi while sticking to her genre of Afro-pop.

“Everything that I wrote is a resemblance of me and I hope that people relate to me. I believe that I was made to be a people’s person and I want to connect with them through music.”

She has featured many artists in this album including Ami Faki, Sha Sha, De Muziqal chef, Mthuda amongst others.

Her family has been supportive of her choice to pursue music. Her mom and dad were concerned that music interfere with her studies but it didn't and she is glad that she was able to make them proud by graduating and having her music career take off.

“My parents were concerned about the things that happen in the music industry, but they were there every step of the way, and I am grateful that my family has been a part of the journey.”

Read more | Rising Star Nex Vocals on his debut album - ‘This is my time!’

She has big dreams for her music and she hopes that she will be able to uplift upcoming artists.

“As an artist it is my responsibility to be a good example to others. A lot of people tell me that I inspire them and it’s a big thing for me. I want people to be motivated and to think positively about life.”