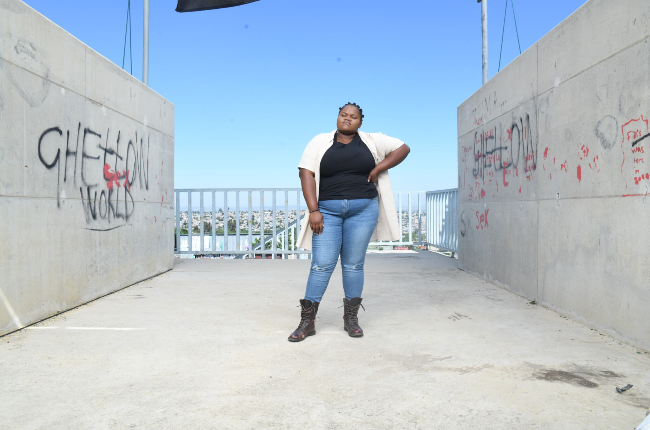 It still feels surreal when she sees herself on TV.

Nompumelelo Vilakazi was bullied, belittled, body shamed and constantly told she was ugly in school.

"Thy used to laugh at me for how I looked but now they see me on TV as I have always looked. Who is laughing now?" she asks.

The warm embrace from viewers and the production has given her all the confidence and zeal to keep working even harder.

“God works in mysterious ways. I got to where I am and I didn’t have to change myself,” she says.

She has become a favourite among viewers of the show for her depiction of the character Sne.

Sne is in an abusive relationship but would not dare leave because she wants her children to grow up in a home where the parents are together. So, she is willing to overlook the treatment especially as the boyfriend provides for her in ways that her skopo (sheep's head) business cannot.

She took a leap of faith, she tells us. It's her first time in Johannesburg and she let her passion lead her, Nompumelelo says.

And her family back home in KwaZulu-Natal were also sceptical of the idea because she has done well in her academic career.

“I am a qualified life sciences and geography teacher,” she tells Drum. She started as an assistant teacher in 2020 and she loved it.

Leaving a job that she recently qualified for was a concern to her family. After years of studying at the University of KwaZulu-Natal to obtain a degree in education, she opted to simultaneously follow her dream of becoming an actress.

Her family has nothing to worry about, she adds.

“I have not given up on teaching. I love it and I am glad that this opportunity came when I had qualified as a professional teacher so I can always go back to my teaching passion,” Nompulelo explains.

Teaching is innate to her. When the bullying would bring her down, she used teaching as a tool for her classmates to see her for who she is and not what she looked like.

“I don’t know if this was a way of me getting liked, but I would teach the class when the teacher was not there and help them revise. That made me feel seen and heard. I was always in the top 3 achievers in school,” she says.

"I always told learners not to look down on someone because of how they look and where they come from. Also, for those who might be bullied, not to care about what others think of them."

She started doing drama in a local theatre production in Winterton where she grew up. It made her comfortable to show up on stage she was, and people started loving her for talent. Had Nompumelelo let naysayers bring her down, she would have not been the person she is today, she believes.

“When I was teaching, I always told learners not to look down on someone because of how they look and where they come from. Also, for those who might be bullied, not to care about what others think of them. All they need to do is focus on themselves. Some things said to you really hurt but use those things to move forward and be the best you can be,” Nompumelelo says.