Scandal! actress Nomvelo Makhanya on being stronger and wiser after being cyberbullied 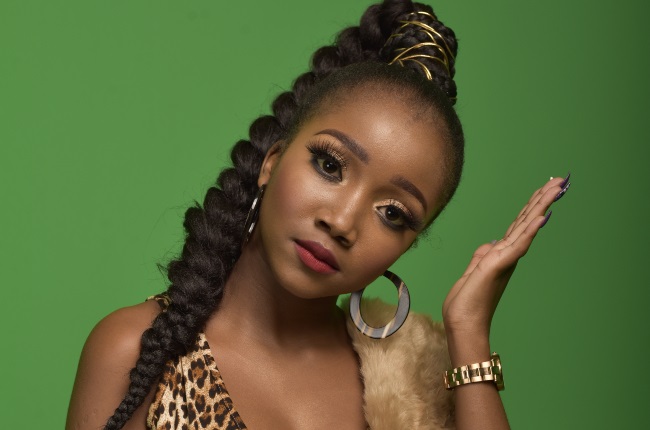 “It’s about to get lit!” This is what Scandal! actress Nomvelo Makhanya says about her upcoming storyline. Nomvelo plays Lindiwe Ngema in the popular soapie and her character is about to find love and she will be treated like a queen by her new man. The catch? He's source of income is unknown.

“Sjoe, there has been a lot of growth since then. I have grown a thick skin because when you are in this industry people can be vile and I have since learnt not to take everything that people say about me on social media too personally,” she says.

She still looks and reads what people are saying but she is no longer hurt by people who are mean.

“I try to engage with people when I can. But if I can see the conversation is not going to fruitful or the person is just rude then I walk away. Also, nje as a person, ngiyashesha uxola (I forgive easily). I have learnt that forgiveness is not about the other person, but it is about you.  So, I let things go. Imagine if I held on to it all, I would be a very bitter person.”

In 2018, Nomvelo was cyberbullied and she took to social media at the time to say that people were not focusing on the important storyline that she had but were too focused on her.

She said that was a shame because they were hoping the storyline about a young woman who was trying to break into the music industry and the dirty tricks she saw along the way would create dialogue about similar situations that happened in real life. But instead people focused on her.

She says all of that triggered her.

Social media bullying is a serious problem. We’ve watched Nomvelo Makhanya grow up from a talented schoolgirl, into a top-class actress.

[CHECK OUR FB STORY FOR THE FULL CONVERSATION] pic.twitter.com/UOYNp5S4XH

“I was bullied about my head a lot in high school and they also bullied me about my voice saying I could not sing. So when that cyberbullying happened, it just took me back there. I have had to unlearn a lot of things and what I can say is that I know that I am beautiful.”

What she is happy about is that after she spoke out about her ordeal, fans contacted her about how she had helped them to heal following their own bouts of bullying.

“It makes me feel so good that other young people can heal through what I experienced and that they can work on their insecurities and get better. So, I am happy about turning poison into medicine. I have learnt that when a person bullies you, it is often less about you and more about them. Now I have learnt not to entertain everything I see on the socials."

Now Lindiwe’s life is about to get interesting.

“Right now, I am very excited about what is coming up on the show. It’s about to get lit. I am loving Lindiwe’s growth and how she has become such a responsible young person who is so well behaved. I feel like she has been through a lot, like most people, and she continues to do her best

“I cannot wait for viewers to see what we have been cooking up for them,” she says.

Her advice to young people is that they should trust themselves and go after what they are truly passionate about and if things do not go according to plan, it is not the end of the world.

“The worst thing that could happen when you try something new is that you fail at it. If you do, you can try again or keep it moving to the next thing. Just do not limit yourself in anyway. I think the 20s are a great age. You should explore everything. Relationships, study, travel and just explore as much of life as you can.”

“No comment,” she chuckles. “I’m kidding, I am not in a relationship. I am enjoying being single. I am enjoying my own company and exploring myself outside of a relationship and getting to know myself again. I am single and not looking but there have been offers coming my way. It happens when you’re beautiful, I cannot help it.”

We live in a world where facts and fiction get blurred
In times of uncertainty you need journalism you can trust. For 14 free days, you can have access to a world of in-depth analyses, investigative journalism, top opinions and a range of features. Journalism strengthens democracy. Invest in the future today. Thereafter you will be billed R75 per month. You can cancel anytime and if you cancel within 14 days you won't be billed.
Subscribe to News24
Related Links
Scandal!'s Mapaseka Koetle-Nyokong on Dintle becoming a CEO: "I did not see this coming!"
Five minutes with Scandal’s! Bathabile Mashigo: “Playing a cougar has been interesting”
e.tv on Masasa Mbangeni’s exit: ‘She has enjoyed a great run with the Scandal! family’
Next on Drum
‘God for us. Guluva for himself’ – Redemption actor Sparky Xulu talks about new role