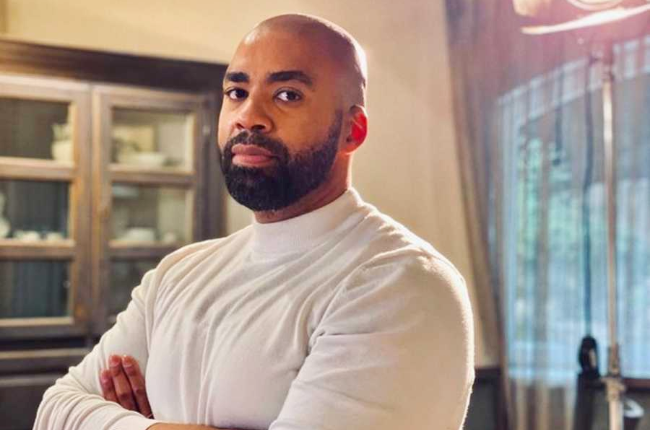 He runs one of the most successful production companies in South Africa.

Shona Ferguson (49) and wife Connie Ferguson (51) launched Ferguson films in 2010 and they have brought the country productions such as The Queen, Rockville, iGazi, The Throne, The Herd, and Kings of Jo'burg, to name a few.

But their journey from actors to being directors, producers, and company owners has not been easy.

Shona took to social media to share details on the fulfilling yet challenging journey to victory and how many people did not think he would ever triumph.

“A moment of reflection and gratitude: 17 years ago a Hollywood producer asked me if I had a backup plan. I was obviously shattered because I had just done multiple takes of an audition. He continued to say, You don’t have what it takes,” Shona writes.

“An agent told me it wasn’t going to be easy to get me jobs because I didn’t have the right “look”. A veteran actor loved and respected by millions told me I am not memorable and so did a lot of producers. Many actors criticized me and made bets I would never make it in this industry.”

Read more l Where are they now | Ntando on his lean years, making a comeback and new music

In 2010, he was eavesdropping on a couple of fellow actors saying he was overrated and didn’t have real talent.

“The insults got very personal. Anyway. I don’t hold grudges the same way I don’t listen to anybody’s opinion about my life. I’ve given most of these folks, agents and naysayers work opportunities regardless. Some are on my payroll and some would rather starve than work for me and that’s ok. I’m not for everyone and not everyone is for me.”

Shona says there was a time in his life he couldn’t afford toothpaste and brushed his teeth with sunlight bar soap.

“We had bogobe le (pap) and cabbage for years because I couldn’t afford meat. We were so broke; we couldn’t afford paraffin for the lamps. We didn’t have much, but God was with us. We prayed day and night. The prayers haven’t stopped. Thank you, mom and dad. Thank you, Jesus. It’s the darkest times and toughest battles that make us strong. There’s no human being on this planet that can break my spirit because you did not build me. God did,” he adds.

Showing gratitude to God, Shona says, “I am what and who God says I am. Blessed. This is in no way saying life is perfect. No! The weapon will be formed but it will not prosper. The enemy schemes every day so you have to pray harder & harder. You have to see every challenge & set back as a lesson.”

He adds that every day, he learns more from failures than his successes.

“With every level of success comes new devils so u can never stop praying and feeding your soul with positivity, love, and gratitude. We are not at war with the flesh anymore or strangers' opinions on social media, as many believe.”

A moment of reflection & gratitude:

17 years ago a Hollywood producer asked me if I had a back up plan. I was obviously shattered because I had just done multiple takes of an audition. He continued to say... “You don’t have what it takes.”…

We live in a world where facts and fiction get blurred
In times of uncertainty you need journalism you can trust. For only R75 per month, you have access to a world of in-depth analyses, investigative journalism, top opinions and a range of features. Journalism strengthens democracy. Invest in the future today.
Subscribe to News24
Related Links
Muvhango actor Dingaan calls out fans for not complying with Covid-19 regulations
Celebs, fans and politicians honour Shaleen Richards
RISING STAR | DiepCity actor Akhona on playing Herbert and not giving up on his dreams
Next on Drum
DJ Tira on the backlash over his gig and vaccination views – ‘We continue to suffer, it's a huge struggle’