Siphiwe Mtshali on turning 40, being a husband and father of five and running his own business 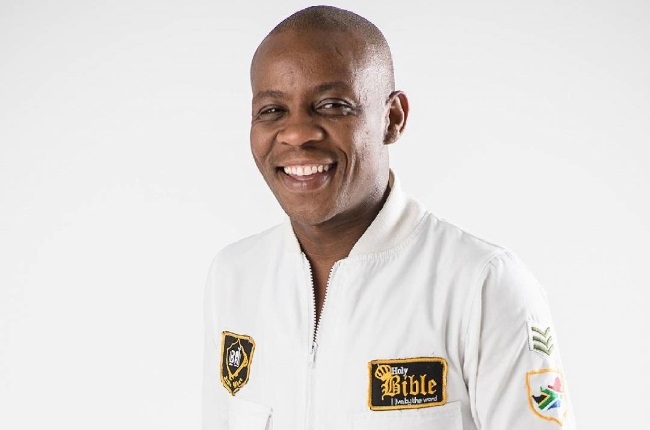 Siphiwe Mtshali is working towards building a legacy for his family and children through his own production company.
Supplied

He was once considered one of the bad boys of the entertainment industry.

He played the role of a rebellious kasi tsotsi Bash who was always getting up to no good on the e-tv show Rhythm City. Even in real life people believed he was a bad boy.

Before that he was best known for hosting the dance show Jam Alley and his role as Zamani Khoza on Generations and a DJ on SABC 1 drama Tsha Tsha.

But former child star and YO-tv Presenter Siphiwe Mtshali says he was never a bad boy to begin with, and never did half of the things Bash could pull off.

“The industry always perceived me to be a bad boy because of the characters I played. They were always rebellious, bad boys and when I did anything wrong or made a mistake on the outside world I was seen as playing my character in real life. But that’s far from who I am.”

Siphiwe says he has always been a responsible husband and family guy who puts family first. He and his wife Charmaine Mtshali this year celebrate 14 years of marriage with their five children.

“Yes I have made a few mistakes, but I am human, it has not been anything outside of the ordinary. For me, my family always comes first and that’s all that matters,” he says.

“My oldest is 15, my youngest is 10 years old. They are demanding. They don’t want to be known as Bash’s kids, they want you to be removed on social media and just live their own lives.”

Siphiwe wouldn’t disagree if his kids wanted to be actors and entertainers.

“I would advise against it, but I would want them to do what makes them happy.”

In the past, he has made a few bad decisions, but he learned from them and moved on.

“I am lucky my wife stuck by me. There were times when I was worried that she would leave, but she stuck with me through the tough times. Even when I was auditioning for work and not making it, she stuck around and was supportive,’ he says.

“She is truly my best friend and we are inseparable, we do everything together.”

Siphiwe and Charmaine run their production company Izigi Media and Entertainment and this year they worked on a show called Vanishing Cultures.

“She is a director and I’m the producer, we work on our productions. This year we did Vanishing Cultures which dealt with topics like polyandry – where a woman has more than one husband, as well as polygamy and being a gay man in South Africa. We had different opinions from people from 40 different countries and the show was very successful. It showed on DSTV channel 500 and in one of the shows we had Jammie Bartlett, and Connie Chiume.”

Read more l 20 years after Nkosi Johnson’s death – are we winning the war against HIV on this World Aids Day?

This year has not been easy for many actors who struggled to find work including Siphiwe. His last big role on television was that of Bones in Isono, who has a child at the local orphanage and is very shady.

“Bones was sneaky gangster, but he was very interesting. He was an older version of Bash basically, a hustler and just a street character. I gave him a bigger belly and made him different from Bash. I portrayed him until he was killed,” Siphiwe says.

He also shot the film called Amanzi in Bloemfontein where he played a hobo who was always on a quest to find himself.

“I enjoyed playing him because he was such a spiritual guy and I am a spiritual person too,” he says.

“I believe in the higher power. I have a special calling with dreams but this is nothing official, I have never gone to thwasa, but I know what I know. I have a strong and special instinct and it’s not normal and I pray a lot,” he says.

In August this year, Siphiwe lost his dad to old age-related illnesses.

“My dad was a prophet, and I think that’s where I got my special gift,” he says.

“My dad was ill then he went blind first before passing on. But when he was still ill, he asked us not to pray for him to live longer but for God to open the gates of heaven and welcome him because he has lived a full and good life.”

This year has not been easy for Siphiwe and other actors. After leaving Isono, Siphiwe has been hustling. Since his last production, he has been at home figuring out his next move, while being a father.

“Being a dad is also a full-time job and being at home has helped me to spend more time with my kids. But I am looking into my next project,” he says.

Siphiwe is working towards building a legacy for his family and children through his own production company.

“I have been hustling since. I know how to take care of my family even when I’m not appearing on TV. I have to hustle.”

Siphiwe says he can’t only rely on being cast for roles to make a living.

“I am tired of looking for jobs. I want to create jobs for myself and others. I don’t want to rely on auditions all my life. I don’t have a six-pack. I don’t have Instagram and Twitter followers and that is what is needed these days,” he says.

We live in a world where facts and fiction get blurred
In times of uncertainty you need journalism you can trust. For only R75 per month, you have access to a world of in-depth analyses, investigative journalism, top opinions and a range of features. Journalism strengthens democracy. Invest in the future today.
Subscribe to News24
Related Links
Actor Thabiso Bapela scores role on Xitsonga drama Giyani: Land of Blood
This is why Israel Matseke Zulu is leaving Gomora
Mzansi Magic confirms SK Khoza will no longer be on The Queen
Next on Drum
Actor Patrick Shai has died