‘That family did not love Senzo. He was a cash cow’ – Kelly goes for jugular in new season of her show 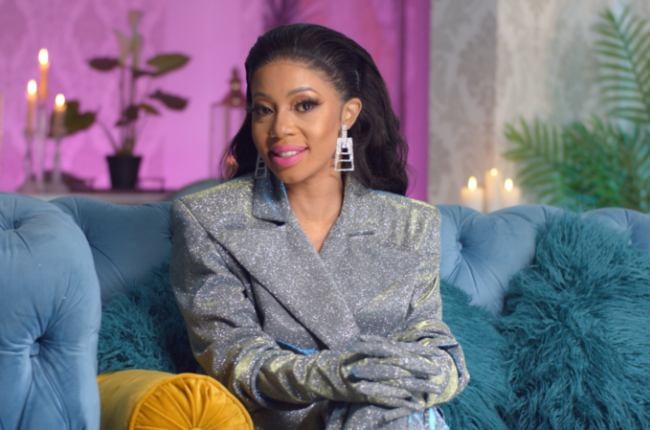 Kelly Khumalo tells her story and opens up about the death of footballer Senzo Meyiwa.
Supplied

When she mentions his name, there's a lashback. But then when she stays mum on her late lover, Bafana Bafana captain Senzo Meyiwa, she's still trolled.

Now singer Kelly Khumalo is trending again after what she said of the skipper's loved ones.

"That family did not love Senzo. He was a cash cow," said the mother of Senzo's child on the first episode of the long-awaited third season of Life With Kelly Khumalo.

Since April, she has been making headlines following the release of a true-crime documentary series about the death of Senzo and his murder trial.

The singer, songwriter and ex-lover to late footballer Senzo Meyiwa, who died in her arms, is no longer biting her tongue, it seems.

In Life With Kelly Khumalo, she opens the first episode with newspapers, magazine clippings and radio sound bites, documenting her highly talked about life.

“A lot of people think they know me. Some from what has been said, others what they have seen. But I am still a girl with a dream. A girl who followed her heart, sometimes, a little too much. A crazy dream that became a reality, is the same power that got me where I am today. It’s been one hell of a ride. Today I’m in a good place but good places have their darkness too,” she says.

She then talks about the death of the father of her second child and how she is struggling to date as she fears rejection.

In a radio interview with Relebogile Mabotja, Kelly also addresses the backlash from those who believe she needs to answer for Senzo's death.

“I’m not coping, I’m living. The noise is external and has absolutely nothing to do with me. When the tie is right, the world will hear my voice, so whatever noise they make has absolutely nothing to do with me. Whatever personal feelings they have towards me are a projection. This is not the only case that has been a failure by the South African justice system.

"But for some reason, because there is Kelly Khumalo involved, we want to make it peculiar and something that has never happened before. It is something that a lot of South Africans are going through on a daily basis.”

Her close friends Wanda Baloyi and Brenda Mtambo return to the show as her advisors, and we see a glimpse of Somizi Mhlongo being brought to tears by Kelly’s singing at her first gospel concert since lockdown.

She shares details of her complex relationship with her mother and how they are in a much better place than in previous seasons. “We talk more, we laugh more, and love each other more. There’s less commotion.”

Read more l ‘Every time I sing that song, I am reminded of her’ - Singer Zuko Kupiso opens up about Nwabisa G’s death

“Despite our differences, I would like to wish the woman who carried and brought my son into the world a Happy Mother’s Day.”

He also apologised to Kelly to regain his job, Moja Love reality show Uyajola 99, stating that he hopes they can make peace in the the future. But Kelly is not convinced.

“I am hoping and most importantly praying that you and I will one day reach an amicable solution to co-parent our champ. All I beg for is an opportunity to be part of his life," says Jun Jub.

"You are the mother of my son and I have a lot of respect for you. In me trying to set the record straight about me being absent father to my son or me not caring or loving him, a lot of wrongs happened in a short space of time during that interview.”

Kelly's children feature largely in the show. “The kids are good, especially Christian who I have been very concerned about. We have found a school that accommodates him as a child. I have never seen him this happy.”

Speaking about the daughter she shares with Senzo, Kelly says she believes she needs her father.

“I do have moments when I say Senzo I mean, really, she needs you. I have experienced Senzo as a father, what an amazing dad,” she says.

We live in a world where facts and fiction get blurred
In times of uncertainty you need journalism you can trust. For 14 free days, you can have access to a world of in-depth analyses, investigative journalism, top opinions and a range of features. Journalism strengthens democracy. Invest in the future today. Thereafter you will be billed R75 per month. You can cancel anytime and if you cancel within 14 days you won't be billed.
Subscribe to News24
Related Links
Senzo Meyiwa’s family says ‘we’ve never been allowed the chance to grieve’
What you can learn from Kelly as bullies crawl out of woodwork after Senzo Meyiwa documentary airs
Netflix to show a five-part documentary on Senzo: Murder of a Soccer Star
Next on Drum
Gone but not forgotten – Killer Kau, Mpura and artists who died alongside them honoured a year later