Ukhozi FM song of the year winner DJ Hlo on her music, the backlash and focusing on the positive 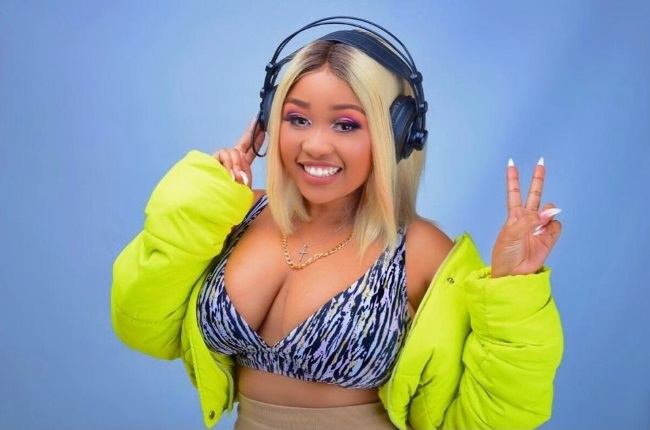 She started her career and a few months later, the country shut down due to a pandemic.

But she didn't give up and when the country opened up again, she started performing and within a year, she had received one of the biggest accolades in the country - the song of the year title on Ukhozi FM.

The 2021 list included hit songs from DJ Maphorisa, Zakes Bantwini, and Kazba De Small, but it was rising star DJ Hlo's Isibani that won the listener's hearts, earning her the song of the year title.

This didn't sit well with some South Africans, who said they didn't even know her song.

The backlash has been consistent but for Hlosiwe Mthalane (24), famously known as DJ Hlo, it is an encouragement to work even harder.

It’s a really good song kodwa asiyazi and asimazi nalo DJ Hlo. So how can it be song of the year singayazi????? hai Khozi

Speaking to Drum, she shares that the backlash sucked.

"It didn't make me happy but it is what is it. I am thankful to be surrounded by people who make me feel proud and make me feel like this is a big achievement and they are encouraging me to focus on the positive."

She says that despite the negative comments, there are also positive comments and she chooses to focus on that.

Her win made history and she became the first female DJ to cross over the year on the station.

"I am content, I didn't think I would receive such a big milestone at the beginning of my career. This is a great opportunity for me to grow as an artist, and to learn from other artists too," she says.

Born and bred in KwaZulu Natal, DJ Hlo is a shy industrial psychologist and management graduate from the University of Kwa-Zulu Natal, and it is music that brings her out of her shell. "I grew up in a musical family that's where my love for music comes from. I use it to express myself."

"Growing up I looked up to female icons such as Lebo Mathosa and Brenda Fassie. I decided to challenge myself and become a DJ, in a very male-dominated industry where female DJ's are critiqued for the clothes they wear, instead of focusing on their talents," the DJ shares.

Aside from music and her academic life, she is also a businesswoman.

"I own a nail and beauty salon called The Palace. It's still relatively new and small, but I aim to grow it," she says.

DJ Hlo is excited about her great start to the new year. It's made her look forward to seeing what else she can achieve  because when she began her career, things were not looking this great.

She released her first single Ebusuku featuring Rethabile Khumalo just before the pandemic, but she and her record label Maz Entertainment struggled to get her into the spotlight.

"I have had a few challenges, I kicked started my music career in 2019, and covid-19 hit. It was a huge step back for my career. My gigs were canceled [just like other artists] but with consistency and hard work everything has worked out well," she says.

DJ Hlo wants to motivate other upcoming female DJs to know that it's possible to thrive in the industry.

"I want to set a good example," she says. Following the life-changing announcement, DJ Hlo has received more fans and has artists all over the country reaching out for collaborations but first, she wants to focus on her EP.

"I am looking forward to working with more artists and doing more collaborations, as well as growing as a DJ and learning more. I believe the title of being the first female DJ to win the new year song crossover comes with numerous opportunities. I see it as a platform to gain more knowledge in the industry. It's an incredible milestone," DJ Hlo says.

Here are five things to know about Dj Hlo;

1. She is quiet but very fun to be around;

2. She has been a performer from a young age;

3. She used to enter beauty pageants;

4. She loves reading and giving back to the community;

5. She is in the process of opening a DJ Hlo Foundation.