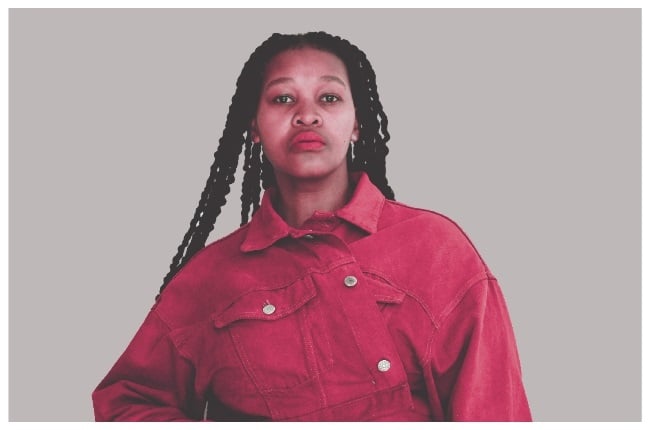 Wazi M Kunene is a stand up comedian currently touring the country with her one woman show, Dawn.

Yes, she's that woman. The one fighting invisible forces in that viral video, all to test out her bra's strength.

She's gone viral but that's nothing new for her.

After all, she's a comedian who makes videos guaranteed to make people laugh or shock them by highlighting women's struggles. Either way, she's gotten used to the attention.

She believes that comedy can be used as a form of therapy by helping people recognise that there is humour in every circumstance, even the ones we see as painful.

Wazi M Kunene (30) grew up in KwaZulu-Natal and was raised by her grandmother together with her cousins, who she calls her sisters.

She is a stand-up comedian, a playwright, an actress and a poet.

As someone who has always loved attention and who enjoys being on stage, pursuing a career in the arts was natural to her and she soon found herself making waves in the industry.

"As a child I never thought that I would specifically be a stand-up comedian. I always knew that I love art and that I love to perform. Things have always worked out and I have learnt of my other talents as the years progressed. I know that I am skilled artist.”

She started volunteering in her community when she was in grade 8 at an art programme to learn different art skills. After matriculating she studied journalism and psychology drama at Rhodes University.

She shares that she attends auditions every day, however, acting gigs have been tough to come by, but she doesn’t let that discourage her in her other pursuits.

She is currently touring South Africa with her stand up comedy show, Dawn, which was launched at the Joburg theatre in December 2021.

Her next show will be at the Joburg Theatre on 17 May. Her one-woman show has been a blessing in her career as it has exposed her to all kinds of opportunities, including writing gigs.

“There’s still very few female comics, it's difficult to get consistent bookings to live off it alone. But it’s a space that women are navigating greatly, I would encourage more women to step into the space.”

“Being a woman comic is difficult everywhere, I have people who un-match me on Tinder as soon as they find out I’m a comic," she jokes.

One of her TikTok videos about how to test if a bra is the one for you, started trending on social media and since then, a number of women have come with their own experiences.

She says that she has no regrets about how her life has turned out as it has given her purpose and it’s opened her eyes to seeing the importance of humour and how it can help people deal with mental health issues and general stress.

“The first time I felt suicidal was in grade 8 and I was overwhelmed by the things happening to me and around me. I was dying inside, and I woke up so early one day and I left the house at 4am to go to school. I remember when I got to school, I went straight to the bathroom, and I stayed there for hours.

"I was thinking of a way of how I can end my life but then as soon as I went to class and one of my friends noticed I was down because I am a bubbly person, she looked at me and asked if we weren’t going to laugh that day. I realised then that I had to pull myself together because there are people who saw my presence as something that brought them joy. There are people who find life worth living if you keep going as well.”

Wazi says that we need each other to get well. For her comedy is medicine and she cannot imagine a society without humour.

Although sometimes she doesn’t get corporate gigs because of the sexual jokes she makes on stage, she knows that she is capable of catering to different crowds from adults to little children.

She is currently writing a kids play in collaboration with the Joburg theatre that will be announced soon.

She believes that it allowed her to harness her creative writing in new ways.