‘Why can’t I just be left alone in peace?” – SK Khoza on the graphic video 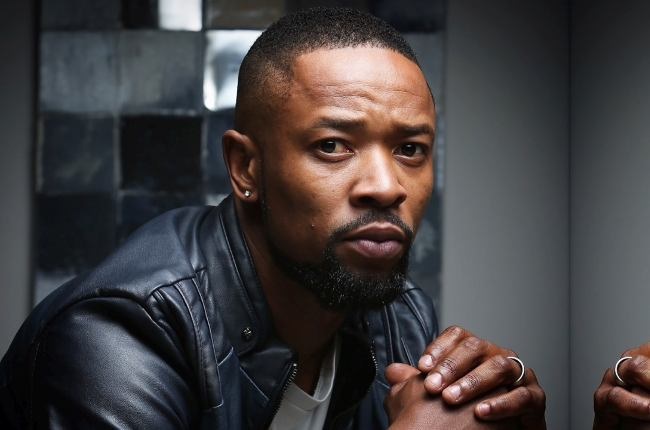 If he's in the headlines, it's often for the wrong reasons these days.

And this week is no different. His recent sex tape went viral on social media, leaving fans and followers shocked.

It's not the first time he's gone viral.

First, a video of him with naked women in a jacuzzi at what looked like a house party trended on social media.

Not long after that he was reported to have had his contract terminated from Mzansi Magic telenovela The Queen.

Not long after, actor Sithembiso ‘SKS’ Khoza was then recorded losing his temper while on a weekend getaway at Zebula Lodge in Limpopo, barefoot and threatening to beat up one of the lodge staff members.

He was recently accused by his ex-fiancée Ayanda Hlongwane of abuse and she took to her Instagram to say she could not hold back any longer.

“I only dropped the charges because he asked for mediation and there’s the letter from his lawyer. My lawyer was communicating with me and told me I'll go to court only when I’m needed and that was when I went to sign that I agree for the meditation,” she said.

“As if your abuse was not enough. Now you want to dictate how I should heal and handle this by asking why I didn’t talk or come out to talk about this. I’ve been trying to deal with this privately and the way I see best fit for me, not for clout.”

Read more l ‘That family did not love Senzo. He was a cash cow’ – Kelly goes for jugular in new season of her show

Now, in the wee hours of Wednesday morning, a video of SK in a compromising position resurfaced.

The video shows SK giving oral sex to a woman whose face is not identified and it has since gone viral and left many people talking.

But the actor does not seem too bothered and has since taken to social media to ask for privacy. In a post on Instagram, SK wrote, “Why can’t I just be left alone in peace?”

This followed with a new link to his Only fans page – an internet content subscription service that allows creators to make money and many have used it to sell adult rated content.

Following the pornographic video of SK, fans have blamed the mother of his child and sangoma Lee-Ann Makopo (35) also known as Dr. Maweni or Gogo Maweni, for him regularly making controversial headlines.

In a previous interview with Drum, Gogo Maweni distanced herself from the controversy and said she is not responsible for his demise.

“You guys give me too much credit. Why would I want to harm the father of my child?” This guy hasn’t paid maintenance since last year, but I will always protect him. I can’t be going through the same thing over and over, I said I am done a long time ago,” she told Drum.

“I can’t call him and remind him of his responsibilities. I feel like my son is being ridiculed. When he is drunk, he calls and thanks me for giving him a beautiful and intelligent child. But I don’t need to call him to speak about anything, I am a married woman now. The last time he called was to say he was on the show Kings of Joburg, and he would send money. I have no grudge against him because I make my own money, my husband and family support me,” she says.

We live in a world where facts and fiction get blurred
In times of uncertainty you need journalism you can trust. For 14 free days, you can have access to a world of in-depth analyses, investigative journalism, top opinions and a range of features. Journalism strengthens democracy. Invest in the future today. Thereafter you will be billed R75 per month. You can cancel anytime and if you cancel within 14 days you won't be billed.
Subscribe to News24
Related Links
‘I don’t have the balls to take my own life’ – SK Khoza opens up about mental health
A week after Gogo Maweni distances herself from rumours, SK Khoza says he’s sorry for his behaviour
‘I will always protect the fathers of my kids’ – Gogo Maweni on SK Khoza, surgery, and her business
Next on Drum
Gone but not forgotten – Killer Kau, Mpura and artists who died alongside them honoured a year later