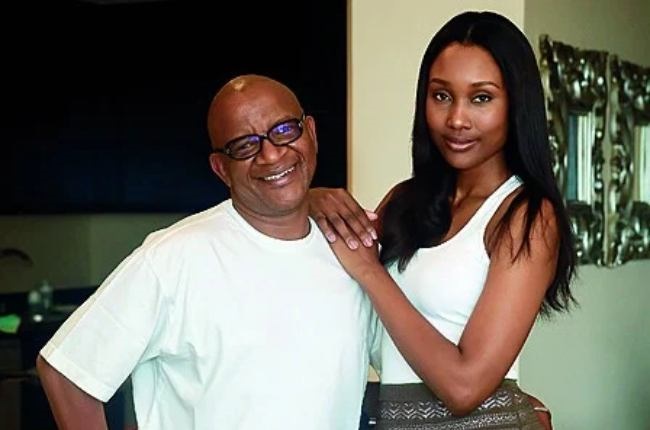 Zoe Mthiyane and Lebo M have long separated but have been battling to co-parent.
Galloimages

She is fuming when Drum talks to her about her name coming up for the wrong reasons in the media these days.

Zoe Mthiyane was labelled an absent mom after the current wife of her ex-fiancé, Lebo M, released a statement that painted a less than flattering image of her.

The actress and businesswoman, Sunday World reported, did not seem to have the slightest interest in co-parenting with Lebo M, his wife alleged.

Zoe, the former Generations: The Legacy actress, had also told the newspaper about “the highs and lows of raising children with Robert Marawa and Lebo M”.

“Parenting with Lebo is impossible. We had to find ways to cope with that fact. However, I am lucky to have had intensive therapy, valuable advice, and support to lean on. I practice gentle parenting as I learned early on that each child is born with their own personality,” she said in the article.

“I have been doing well since 2016, having escaped an incredibly toxic situation in which I was required to navigate a well-orchestrated smear campaign organised by somebody I loved and trusted… that situation helped tutor me to better understand my own power.”

Read more l Cassper Nyovest may have the bulk, experience, but Priddy Ugly plans to exhaust him in boxing ring

Since then, Lebo M’s new wife, Pretty Samuels-Morake, has come forward to defend her husband, calling Zoe an absent mother to her child with Lebo M.

“I have recently been made aware of the scathing and untrue allegations made by Zoe Mthiyane in the media regarding my husband, Lebohang Morake’s role in the life of our seven-year-old daughter whom he biologically shares with Zoe,” the statement reads.

“I have over all this time chosen to remain silent despite numerous attempts to destabilise our family unit, in my effort to maintain the dignity of my family but most importantly to protect the wellbeing of our kids.

"Given the severity and nature of these allegations, I can no longer remain silent whilst my children are attacked and associated with such defamatory statements in the media,” she adds.

“I would like to categorically state that we have no co-parenting plan with Zoe Mthiyane. The matter regarding the minor child has always been addressed legally by the relevant forums.”

Pretty says Zoe’s child has been in her and Lebo’s care.

“Our daughter has been in my husband’s care for the past few years and primary residence is with us,” she says. “Zoe Mthiyane last spent time with her daughter around Mother’s Day 2021 when my husband initiated this visitation after her disappearance of which she again disappeared for several months,” she adds.

“In the year that I lived with my husband, I have never met or seen Zoe. On the 17th of May 2022, I reached out to her via WhatsApp texts for a meeting so that she could get acquainted with me as the primary caregiver of her daughter and also for us to create a plan on how she can be involved in her daughter’s life as the biological mother, all for the wellbeing of the minor child.”

Pretty says despite her numerous efforts to get her involved in her daughter's life, Zoe has consistently and rudely turned down her efforts. “It is really an unfortunate situation that Zoe Mthiyane has had to address such a sensitive matter involving a minor child through the media when our door, and especially mine, remains open to engage as mothers, as I navigate and unify our beautiful blended family.”

Speaking to Drum, Zoe says she is upset about the accusations and cautions Pretty against her ex-lover.

“I would like to caution the current wife against believing and acting upon the false narratives that her husband has created about myself and others as a means to continue the abuse I escaped seven years ago,” she says.

“Unfortunately in this case my child is just collateral damage.”

Zoe says she is not bothered by gossip but only cares about the well-being of her child who has been exposed to different step women in Lebo M’s life.

“My primary concern now is that my child has been exposed to different step mother's every year and how that may affect her,” she says.

“I however am not moved by her stunts and this behaviour as Pretty Samuels.”

“I love my privacy and I am a quiet person but never mistake that for stupidity,” she says.

“Let people enjoy their relationships and leave my name out of it. They are aware of the true nature of the situation so they should not try manipulating the public to make themselves look innocent at my expense.”

We live in a world where facts and fiction get blurred
In times of uncertainty you need journalism you can trust. For 14 free days, you can have access to a world of in-depth analyses, investigative journalism, top opinions and a range of features. Journalism strengthens democracy. Invest in the future today. Thereafter you will be billed R75 per month. You can cancel anytime and if you cancel within 14 days you won't be billed.
Subscribe to News24
Related Links
Lebo M and Angela call it quits, again
Music, fixing his family and landing up in exile by mistake – Lebo M gets a reality show
SEE: Lebo M and the young lady who always makes him smile
Next on Drum
Cassper Nyovest may have the bulk, experience, but Priddy Ugly plans to exhaust him in boxing ring