Cape Town - For the past 16 years, children all over the world crossed their legs in front of the television to watch their favourite cartoon Peppa Pig, and her family. The cartoon gained popularity as it broadcasts in more than 180 countries and has been translated in more than 40 languages for inclusivity according to Sky News.

It was recently announced that 18-year-old Harley Bird had stepped down from being the voice of Peppa. She voiced the animated pig for 13 years and started when she was just five years old in 2007.

Harley has voiced 185 episodes of Peppa Pig and added to her success when she won a Bafta in 2011 when she was nine-years-old. Making her the youngest person to ever win a Bafta. The Guardian reported that her success on the children’s series has been the start of an incredible journey. 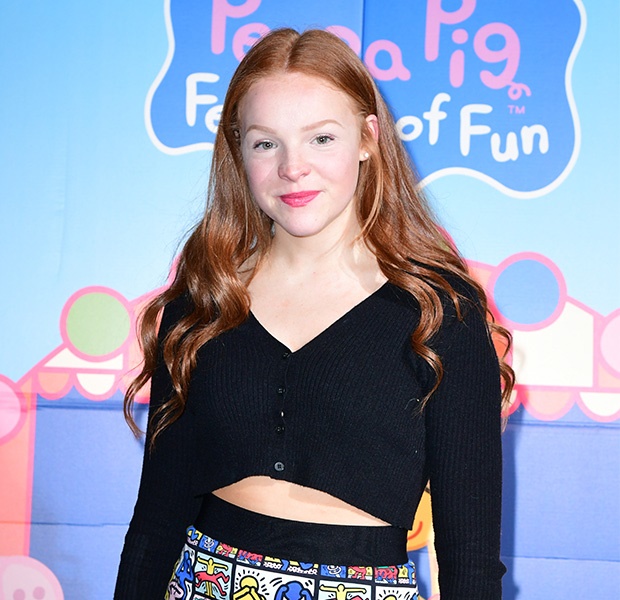 (PASSING ON THE BATON: Harley Bird was the voice of Peppa Pig for 13 years. Photo: Getty Images)

While fans were saddened by her departure, there’s a new cutie lending her voice to the famous production.

Amelie Bea Smith is living her dream as she takes over as the new voice of the show having been a fan since she was little.

We are so excited to announce that our little superstar AMELIE BEA SMITH will be the new voice of Peppa Pig! First episode airing 14th Feb 2020! Well Done Amelie, we are so so proud of you, and the secret is now out! #MJM #MarkJerminManagement #AmelieBeaSmith #PeppaPig pic.twitter.com/yvlQde5Hwa

In a statement by the co-creators, Neville Astley and Mark Baker had the following to say, “we’re delighted to welcome Amelie to the Peppa Pig voice cast and confident that she will continue the strong legacy of the previous Peppa voice actors.”

The BBC reported that the nine-year-old will begin her appearance in Peppa Pig on Valentine’s Day.

She previously starred in the soapie, Eastenders.

Amelie is the fourth person to voice the series’ after Lily Snowden-Fine, Cecily Bloom and Harley Bird.

Nothing is more fun than celebrations with the family! What is your family's favourite occasion? ??

We live in a world where facts and fiction get blurred
In times of uncertainty you need journalism you can trust. For only R75 per month, you have access to a world of in-depth analyses, investigative journalism, top opinions and a range of features. Journalism strengthens democracy. Invest in the future today.
Subscribe to News24
Related Links
Enhle Mbali joins Mzansi Magic’s 'Isibaya'
A same-sex couple and a blind contestant: 'Dancing on Ice' line-up revealed
Meghan won’t be appearing in best friends’ Netflix reality show
Next on Drum
Why actress Janelle Monáe believes everyone should watch Antebellum