Babes’ interview started on a high note with excitement about working on a new album. She then confessed to having had a few drinks before the interview.

When asked about who she would like to work with in the future, she mentioned Andile Mpisane and Busiswa.

“I’d never work with TDK, she is crazy. Even if she says she wants to work with me, I won’t. That little girl, I know the things she says about me behind my back. She can’t be like me. Maybe if you mix me with Sho Madjozi and Busiswa there will be, but the others who try to be like me can go sleep,” Babes said.

The interview seemed to be going well, with Babes even confessing to having a crush on The Queen actor Loyiso MacDonald.

But things turned sour when Babes started speaking about how far she had come in her career and the negative criticism she receives every day from people who do not know her background.

“People say I drink too much, I’m always drunk. They don’t know me and what I have been through. I want to show people who I am and what makes me famous,” she told Tha.

“I was a child when I started in the industry. I didn’t know anything. I got money and learnt how to save and not drink every day.“People don’t know my situation. They think I love partying too much. I didn’t have a home. I had to start afresh. I had to close the curse my family had. My dad didn’t have a home, I had to a build a home,” she said crying.

Both Tha and Babes couldn’t hold their tears and Babes had to cut the call, leaving Tha to wrap up the show.

Babes had a difficult year last year, which left her family deeply concerned about her wellbeing.

First the alleged abuse at the hands of her on-off boyfriend and manager, Mampintsha. Then the counter-charge of abuse he laid against her – both charges were later dropped when the pair reconciled.

In a interview with DRUM last year, her father, Bishop Welcome Simelane, said,

“My heart is bleeding for her but there’s nothing I can do. I am now trusting and hoping for God’s intervention. “To be quite frank, the life she’s living right now is not godly,” he said.

“There is no happiness and peace in dancing. That life of partying is not godly – it’s deadly. There is nothing good that will come out of it because it’s the devil’s playground.”

His daughter must “just come back to God and accept Jesus. I hope one day she realises the error of her ways. I hope she’ll do some introspection and see where she went wrong.

“Other people cannot solve her problems. She’s an adult and she makes her own decisions,” he said.

Related Links
Babes Wodumo and Mampintsha obtain court order to stop Moja Love from broadcasting reality show
Lady Zamar on Babes Wodumo: 'Nobody deserves to be bullied, not even her'
Babes Wodumo on Lady Zamar cyberbullying incident: “I was hacked”
Share
Next on Drum
WATCH | SK and Abdul Khoza let us in on their childhood 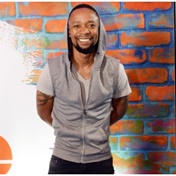