From the archives | Professor Ncoza Dlova brings hope for the hairless 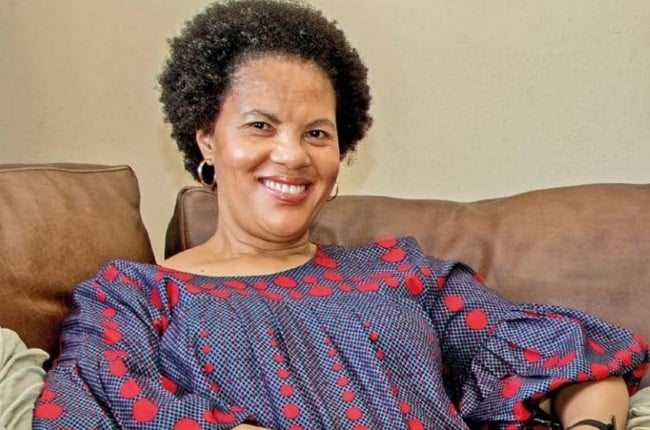 It's a problem she’d seen so often: women losing their hair and trying to cover bald spots with wigs, comb-overs and weaves.

Why, she kept asking herself? What was causing this to happen? Were hot combs to blame? Or maybe the chemicals in treatments?

Prof Ncoza Dlova decided to go looking for answers and what she found is being hailed as a groundbreaking discovery.

She identified a gene that causes central centrifugal cicatricial alopecia (CCCA) – the medical term for chronic hair loss – in women of African descent.

Read more | Why women grow chin hair and how it can be treated, according to a skin doctor

“If a woman has this gene her hair follicles will be damaged, which causes permanent hair loss,” she says. “For a long time we didn’t know the actual cause of the condition – we thought it might be the result of hair treatments. But now we know the cause is genetic.”

Ncoza, who is dean of clinical medicine at the University of KwaZulu-Natal and a dermatologist with her own practice, defines CCCA as “hair loss or spot balding that starts from the central part of the scalp or crown and radiates outward in a circular pattern”.

She realised it could be hereditary when consulting with one of her patients, she recalls. “The patient was accompanied by her 11-year-old daughter and I could see balding spots on the child’s head as well. What fascinated me was that my patient’s daughter had ‘virgin’ hair – she had never used any hair products or had her hair braided, yet the condition was already starting.

“I then asked my patient to bring her mother to see me as well so I could examine her too,” Ncoza explains.

As she had suspected, the older woman had the same symptoms – and Ncoza’s interest was further sparked when she was told the gogo had virgin hair too.

“This triggered the study. From that point I knew this condition wasn’t caused by external factors. I started collecting in- formation. I’d ask patients who had this condition to bring their families along and examined a total of 15 families.”

Sure enough, the pattern was the same. The study took five years to complete, the professor says, chatting to us from the pool area of her plush home in the seaside town of Umhlanga near Durban.

“I involved other experts, including hair specialists, doc- tors who specialise in biopsies and geneticists. These specialists were from the US and the aim was to increase the number of patients and to see if we came to the same conclusion,” she explains.

They eventually sampled 58 patients from South Africa and Winston-Salem, a town in the US state of North Carolina. “A total of 25% of them had CCCA.”

Read more | Why red-haired people have different pain thresholds, according to science

Once the research was completed, Ncoza presented a paper on her findings in Miami, Florida, which was later published in the New England Journal of Medicine. “This is the biggest break- through in South African dermatology,” she said in the publication.

The gene is hereditary and at this stage doctors can only tell if a person has it once it manifests. But while the condition isn’t caused by hair products and styles, chemicals, straighteners, hot combs, braids and weaves can trigger it.

“So in families where there is a history of CCCA we discourage the use of hair products and enhancements,” she says.

Read more | Gail Mabalane on her new role, being a family woman and struggles with alopecia

The next step is finding treatment, which is going to take some time.

“We’re hopeful we’ll find it. For now we’re excited that we’ve discovered the root cause of CCCA.”

Ncoza, who is originally from Mtyolo in the Eastern Cape, says her next project is engaging with hair stylists who often have to work on women who suffer from hair loss.

“We’ll have work sessions and will train them for free. We'll also be distributing booklets." Dermataology wasn’t the first choice for Ncoza, who studied medicine at the then University of Natal in 1983.

“When I completed my studies I had no ambitions to become a specialist or a professor. My plan was to go into practice and teach students as well,” she says.

She changed her mind when she got an internship at Livingstone Hospital in Port Elizabeth in 1990.

“Most dermatologists were white or Indian. I realised there was a shortage of skin clinics too – the only one nearby was run by an old man who’d only come in once a week. Patients would wait for hours. Whenever I saw this my heart would break.

“When I completed my internship I moved to Durban with my then-boy- friend, now-husband Dr Themba Mabaso. He motivated me to find my passion and that’s how I ended up becoming a specialist in my field. I moved to King Edward Hospital in Durban and started studying dermatology.”

It wasn’t easy as the black dermatology industry was very niche, she adds. “There was a lack of mentorship and academic support. I had to fend for myself. When I finished the course my aim was to train more black dermatologists. I personally recruited them and I eventually trained 30 African dermatologists over a period of 15 years,” she says proudly.

Once she achieved that goal, she focused on her PhD, which she started in 2012 and finished within three years.

“I had no aspiration to become a professor. My heart has always been in treating patients and training students. I love interacting with and helping patients. And I love nurturing students and seeing them grow.”

But part of her work included research and writing papers and this ultimately led to her professorship. She’s been able to handle it all with the help of her family, she says, and her husband of 23 years has been her greatest supporter

“He motivated me to pursue my dreams. The only challenge we had was that he wanted more children and I wanted only one.”

The only time she slowed down in her career was when she was raising her child, Ncoza says.

“I worked half days until he was in Grade 8 and when he went to boarding school I took up where I left off and pursued my PhD.

“My mother taught me that hard work never killed anyone so I grew up knowing I had to work hard to get what I want.”

And it’s safe to say she took her mom’s advice to heart.

We live in a world where facts and fiction get blurred
In times of uncertainty you need journalism you can trust. For 14 free days, you can have access to a world of in-depth analyses, investigative journalism, top opinions and a range of features. Journalism strengthens democracy. Invest in the future today. Thereafter you will be billed R75 per month. You can cancel anytime and if you cancel within 14 days you won't be billed.
Subscribe to News24
Next on Drum
How sugar cane farmer Nonhlanhla Gumede-Shabalala, a former banking professional, built her empire