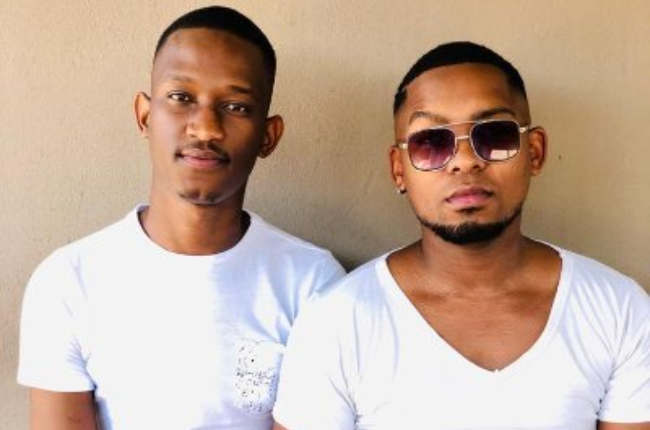 They often say love could be just around the corner. But he didn't know that the man he once confronted for popping into his then partner's inbox would one day be the love of his life.

But that's his love story and he tells it like it is.

Cassiday Jacobs posted a video of himself proposing to his now fiancé and had no idea it would go viral.

Cassiday (33) says that he met his fiancé Kethelo Rangata (28) while going through his previous partner’s DM. At first it was meant to be a confrontation to tell him to stop talking to his then boyfriend.

“I met him three years ago, I was dating somebody else and I suspected that this person was cheating on me. I went through his phone and my fiance is one of the people that I confronted and I sent him a text on Facebook from my account and I told him to stop texting my boyfriend at the time. He didn’t argue with me instead he apologized, and we kept in contact,” Cassiday tells DRUM.

We met three years ago because he was in my former bae's DM's. I texted him to stop, he told me he did not know and stopped immediately, we became friends, lovers and now... we will have a wedding next year. 10th of October, 2020. The day he said yes. pic.twitter.com/pbl0pWRtDf

Cassiday says he lived abroad for a couple of years before deciding to move back to Johannesburg to be with his family.

“In the time that I was abroad we kept communicating, I came back home to Johannesburg to celebrate my birthday. I asked him to come over to my house from Polokwane, where he lived, for my birthday party. We met for the first time at my birthday party, I was very attracted to him and we clicked and vibed."

The 33-year old says because of how they met, they decided to remain friends. They became good friends, and they would often discuss their relationships with each other says Cassiday.

“He set in on the interviews that I was having for a new boyfriend and he would give his input as well. During the lockdown is when I had time to reflect on our friendship and I realized that he was the only constant person in my life. I told him about my feelings and asked him what he thinks of us becoming a couple, he said something very profound to me. He said he had been waiting for me to choose him all along.”

Cassiday and Kethelo have been dating for less than six months and they shortly moved in together. It did not take him long to find the courage he needed to pop the question to his partner.

“On the 8th of October was his birthday and seeing how things have been going great between us, I decided to throw him an intimate party. I realized I wanted to spend the rest of my life with him, I have dated before, but it has never been like this. I have never proposed to anybody before. I got a friend of mine to get the ring for me, to prevent any suspicion from my partner's side.”

"I was very emotional and very nervous, I proposed, and he said yes”

Their love story had social media followers in their feelings, with the likes of Mohale Motaung-Mhlongo congratulating the couple on their recent engagement.

The couple plan to move abroad together, so that they can start a life together and a family of their own.

Cassiday says that they are very excited about their wedding, however they are currently trying to resolve some family issues as his partner’s mother did not know about his sexuality.

He says that they are very determined to make their relationship work.

“His mom found out because of the video. But his cousins and friends are excited for us.”

We live in a world where facts and fiction get blurred
In times of uncertainty you need journalism you can trust. For only R75 per month, you have access to a world of in-depth analyses, investigative journalism, top opinions and a range of features. Journalism strengthens democracy. Invest in the future today.
Subscribe to News24
Related Links
'The Way Ngingakhona' star Tholang Motsumi speaks on her heartrending journey to finding love
Tina Jaxa on her new role as prostitute and finding love with a younger man
Letoya Makhene on finding the love of her life: “I truly never saw it coming”
Next on Drum
My story: Why I decided to start my degree at 33