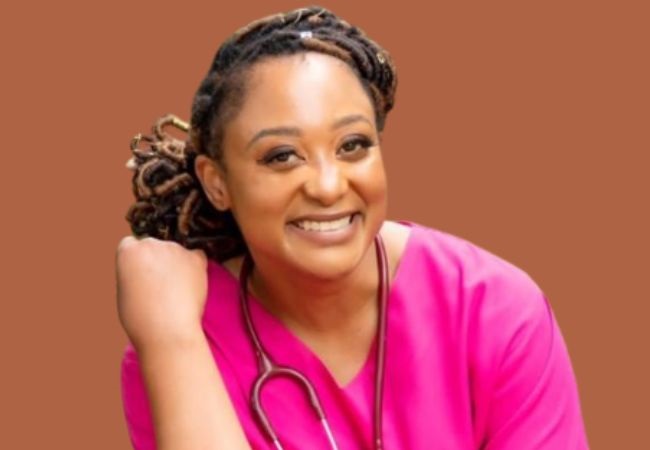 Dr Samke Ngcobo has been living with diagnosed bipolar disorder for two decades. She speaks about her journey and mission to change how mental illness is spoken about.

She has vivid memories of her first hospitalisation as a teenager when she had a psychotic episode.

Every intervention they knew of was pursued by her parents and, while she received medical treatment, members of various church denominations would also came to pray for her in hospital. Not having being given a full explanation of what was ailing her, it was a scary time.

“Because people didn’t understand, the religious aspect was on overdrive for certain people and they thought I was so demon-possessed. Which is why I found it so difficult at the time to accept, because here I am as a young person trying to understand what wrong did I do to make me the weakest link that would house a demonic spirit,” Dr Samke Ngcobo shares.

“I did not understand. I remember being made to scream the name of God in the hospital because they thought they were casting out a demon. I remember that day very distinctly. You know in the black community we engage with people from different denominations, so as much as I grew up in an Anglican church, it wasn’t a specific denomination. It was people who had come to pray for me from different denominations because they knew my family.

“And whoever was praying for me at the time was the one who kept making me shout the name of God louder and louder. And the louder they made me shout, I was just complying with what I was being told. But the louder I was amenable to doing what they told me to do, they more they thought a demon was being cast out. So it just goes to show there was still a strong level of misunderstanding which still does exist quite a lot when it comes to mental health, particularly when it comes to psychotic episodes and mania as well.”

Samke was 14 when she was diagnosed with bipolar disorder, a diagnosis that was not initially shared with her. It would take her two decades to accept the illness she was living with, and painful periods of psychotic episodes and mania in between.

She’s come to a place of acceptance but she’s clear about one thing as she shares her story: the illness does not define her.

“I’ve found that as much as I am medical doctor, people have become connected more with my journey talking about my mental illness. I’m a professional living with mental health and I offer the aspect of my journey. And because people are so used to the stereotype of what a mentally ill person looks like, when they see me it makes them lift their eyebrows and think, ‘Oh my goodness, this person is a medical doctor.’ So I don’t come from the perspective of saying I’m a specialist or psychiatrist or give any advice from that aspect. It’s about the journey of someone living with a mental fitness and saying, ‘look, I can live a full life with this illness and be a professional as well’.”

She’s chatting to Drum via video call on a rare break. Life has been busy since her last hospitalisation in 2020 which resulted in her being put on incapacity leave for six months.

The episode led to a healing journey: she started an organisation to create more awareness about mental illness, wrote a book, Reflections of a Convoluted Mind: A Journey with My Mental Illness, and got back to work.

She’s wearing surgical scrubs as we speak, the picture of calm amid such busyness and productivity. Her facial and body language animated when she talks about her journey to becoming a mental health advocate.

Samke (35) was born and bred in Durban and raised Anglican. As she entered her adolescent years, her behaviour became more worrying to her parents. They did not understand what was wrong with their daughter but realised this wasn’t just typical teenage moodiness. It was 2001, a time before education on mental illness, or even internet usage, was prevalent.

“My behaviour was increasingly becoming abnormal at the time. And, fortunately, my parents were very proactive and insightful in the types of interventions they pursued. I believe had it not been for those interventions I had early on, I would not live the quality of life that I live. And in me being diagnosed, it was still very poorly understood. It was 2001 and there were no platforms like Instagram where people talk about their mental health journey as there are now.

“So at the time, my illness was an unspoken. They dealt with it. I didn’t understand. The best I was given at the time when I asked the psychiatrist at the time what was wrong with me, all I was told was that I have a mood disorder. So being a teenager, you’re thinking, ‘okay, moods. It’s just your regular teenage hormones that you have to deal with playing a role.’”

Globally, about 45 million people are living with bipolar disorder, according to the World Health Organisation (WHO). “It typically consists of both manic and depressive episodes separated by periods of normal mood. Manic episodes involve

"People who have manic attacks but do not experience depressive episodes are also classified as having bipolar disorder.”

Medication and psychotherapy are the most effective treatment for bipolar disorder, says the WHO. Left untreated, the symptoms become worse and more frequent over time, according to Los Angeles-based Psychological Care and Healing Centre which warns the long-term effects of untreated or misdiagnosed bipolar disorder greatly impact quality of life in broader areas such as relationships, employment or employability and alcohol use.

“After that hospitalisation when I was in Grade 9, which was an unspoken – it became a sleeping giant as I mention in my book, then this disruption resurfaced when I was in my medical training,” Samke shares. "Then I would be admitted twice a year, once a year, annually from third year right up until I had completed because I was in a constant state of denial and lack of insight, especially being a medical student seeing other severely ill patients who would present in psychiatric wards. I had a ‘them versus me’ kind of concept and I was thinking, ‘why are people saying that I have a mental illness because I definitely am not as sick as that person. I just couldn’t link up the two things.”

Acceptance of being ill came to her in 2017 when she was admitted for three weeks by her psychiatrist at the time who helped her understand her condition. “My insight improved gradually over a course of time and I became more self-aware. And also being taught about the illness, being taught about myself, that became a major thing. I was in a lot of denial and it was a rocky timed during my medical training because I refused to take the medication that was being prescribed to me. It was not fully being explained to me what was the problem. So whenever I would normalise, I would stop taking the treatment. I would flush it. I would throw it away.

“It took for me to have a doctor who was patient with me, my psychiatrist, to explain to me, to help me understand during the three-week admission in 2017, to help me understand myself. And that’s when I started to accept the fact that I do have a mental illness but it can be maintained and controlled and I don’t have to relapse every now and again if I have the right intervention and safety nets in place.”

The turning point came for Samke in 2020. Reflecting on that turbulent period, she says: “I had a public bipolar episode, a manic psychotic episode, and that was my turning point because through a series of very unfortunate events, I ended up in a state facility for the first time in my life. I had always enjoyed private healthcare – these were different environments completely. And for me that is where that activist was activated after my experience in that facility. I thought ‘my goodness, I can’t even imagine what it was like to be a family member of the Life Esidimeni patients or the patients themselves’. Something in me was triggered, a fire was ignited, two years ago and I have not looked back.”

During lockdown, Samke started Sisters for Mental Health, a platform for creating awareness about mental health through events such as picnics and hikes. “The aim for me is to break the sombreness of this conversation. It doesn’t have to happen in hostile, uncomfortable environments, this topic about mental health. You can go on a hike, meet other people, and then you can sit and engage this topic.”

With a network of experts willing to help psycho-educate and share insights through Sisters for Mental Health, Samke also decided to start Vocal Mentality, an organisation that provides resources for learning about mental illness and through which she offers psycho-education to corporates and the broader community.

To the titles of "doctor" and "author", she has also added "broadcaster", after being invited by music legend Yvonne Chaka Chaka to join her radio station,  Woman Radio, as a presenter of a mental health show called Mindful Discussions.

Her advocacy journey has only just started but, often through social media, many have found a person to whom they can relate. Samke has overcome stigmatisation and denial and hopes being vocal about living with an illness that's so often either talked about in hushed tones or shrouded in heavy silence will bring healing to many living with mental illness.

Her message is clear: "Living with bipolar disorder is a part of my life and not the summary of my life. I am not my manic and psychotic episodes."