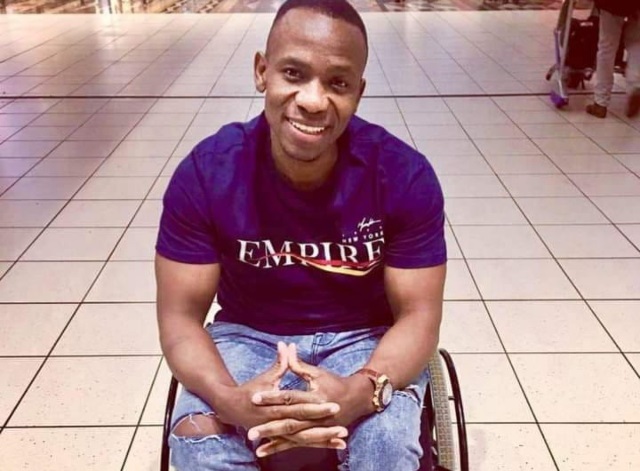 David Nhlapo says he’s learnt to focus on the things he can do and not dwell on those he can’t.
Supplied

He took a bullet for his pregnant girlfriend and ended up in a wheelchair. Now, now five years later, David Nhlapo says he doesn't even miss walking anymore.

It should have been the happiest time of his life because he was expecting a baby with the woman he loved but, one evening, two thugs tried to snatch his girlfriend's bag and ended up taking much more from him.

David, who lives in Pretoria West, tells Drum he's had to work very hard to forget that night in January 2016, to erase it from his memory.

Support independent journalism
Subscribe to News24 for just R75 per month to read all our investigative and in-depth journalism.
Subscribe
Already a subscriber? Sign in
Next on Drum
My Story | ‘I’m making cleansing impepho products to move with the times’