It affects everyone. Every person in South Africa knows someone who is infected or impacted by Aids.

Every 1 December, the world gets together to commemorate World Aids Day, which is dedicated to raising awareness of the AIDS pandemic and mourning those who have died of the disease.

In a letter to the nation, President Cyril Ramaphosa acknowledged that this day is taking place under difficult conditions this year. In hailing the country's efforts, he also mentioned how more work needs to be done on HIV prevention

"The people of South Africa have come so far, endured so much and made such great progress in the fight against HIV, AIDS and Tuberculosis."

"On this World AIDS Day, which is taking place in the shadow of another devastating pandemic, let us intensify both our resolve and our actions to confront and overcome AIDS once and for all," he wrote.

We look back at 7 inspirational stories from DRUM readers living with HIV over this year.

“I was told to wait for the right partner. So, all my life I had been waiting for that partner. And when the first person that came to me and proposed marriage, I thought that was it.”

She had no idea he was HIV-positive, she says and that she soon would be too. He tells us that he thought nothing of it when his then girlfriend who tested frequently advised him to go test as well.

It’s been 30 years since Pinky was diagnosed as HIV-positive and it’s something she celebrates daily. “There was a time I was made to think that I would die,” she says. “Doctors told me I had 30 years to live, but here I am today, 30 years later!” Read more | Woman living with HIV on surviving Covid-19: "I thought I was going to die"

For Lerato Ngubane, the parts of her that she lost in an abusive engagement were scarring: three miscarriages, loss of hearing and being deliberately infected with HIV by her fiancé.

There was a time she didn’t see light at the end of the tunnel, but she has bounced back and penned her story to heal herself and others who have gone through the same.

Read | KZN author on how she survived three miscarriages, lost her hearing and being infected with HIV by her fiancé 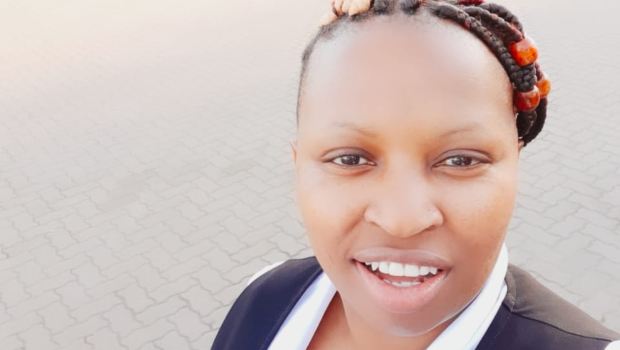 Read | Mpumalanga man infected with HIV at 3: "This year I turn 24 and for me it's a big deal"

“The honest truth is that I don’t know how I got infected with HIV because in all my life I had never been tested. I had always been scared to get tested and I had always held the mentality that if ever I had HIV I would see it on my hospital bed."

He’ll never forget the day life as he knew it changed forever. Thula Mkhize was young and in love and things between him and his girlfriend were getting serious.

The year was 2008 and Thula and his then sweetheart had spent the festive season with his family in Pietermaritzburg. Afterwards they went on a road trip to Polokwane in Limpopo and as they drove past a clinic Thula decided on a whim they should go for HIV tests. “I was simply curious,” he says.

“Nothing could prepare me for what lay ahead."

HIV-positive Thula Mkhize wants to change the way people view the disease. Here he and his twin, Ntokozo, share their story. Thula and Ntokozo Mkhize (DRUM)
We live in a world where facts and fiction get blurred
In times of uncertainty you need journalism you can trust. For 14 free days, you can have access to a world of in-depth analyses, investigative journalism, top opinions and a range of features. Journalism strengthens democracy. Invest in the future today. Thereafter you will be billed R75 per month. You can cancel anytime and if you cancel within 14 days you won't be billed.
Subscribe to News24
Related Links
Rising star | DJ Christy on overcoming life obstacles and working towards her dream
Why this doctor has made it her life's mission to find cures for serious illnesses
"Do I need to disclose my child's HIV status to the school?" – Mama Madikgetla answers your...
Next on Drum
Meet the University of Fort Hare student who used his NFSAS allowance to start a farming business